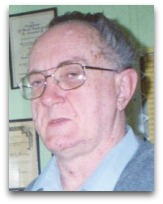 Overview
In 1966, Harding, age 22, was listed in the Guinness Book of World Records under the category "Smartest Man in the World", with an IQ of 196-197, based, as reported, on an ratio IQ calculation using his Stanford-Binet scale scores. He continued to be listed in this category, until 1988, after which he was usurped by Marilyn Savant, with her contrived IQ of 228, shortly after which, in 1991, Guinness removed the “highest IQ category” per IQ scamming issues, as evidenced by Savant.

In 1974, Harding founded the International Society for Philosophical Enquiry, which supposedly is one of the third oldest high IQ society, following Mensa, or something to this effect.

In 1981, Harding founded the “606 Society”, meant to be inclusive to the top 6 of every 10E6 humans in the world; the society lasted, supposedly, for one year.

In 2010, Harding uploaded a photo (Ѻ) of himself standing next to all his “certificates” or “paper IQs” as Isaac Asimov would call them.

Quotes | On
The following are quotes on Harding:

“In Australia, I was fortunate to come into contact with and employ one of the then three most intelligent people in the world, Chris Harding. This trio all had IQ's over 200, well off the Stanford/Binet scale.”

Quotes | By
The following are quotes by Harding:

“Genius is not intelligence. Genius is creative ability of the highest possible kind. True, most geniuses are highly intelligent, but this depends on the field their genius was recognized in. And here there is a plethora of problems. Recognized by whom; which people, what society, when and where. There is an old joke that goes something like I will believe in psychologists devising tests from geniuses when monkeys devise tests for psychologists. I do have ideas of my own on this, but so far no one seems interested in this. I was listed in the Guinness Book of World Records seven editions 1982-88 under "Highest IQ" and was given a certificate for this. I was also listed in 500 Great Minds of the Early 21st Century in 2002. All such lists-comparisons are temporary. There appears less and less match between persons and outcomes these days. Humanity hangs by it’s intellectual neck on the tree of tragedy –there are no Leonardo’s in the 19th, 20th, and so far in the 21st Century. Yet he/she must still exist we should think? With mass education has come the noisy ones but no Geniuses to show for it all. Bad money has driven out good money, bad people good people. The masses have come to judge the best and are part of this process to drive out the very people they need most, all in the name of incorrectly accessed political correctness. Today the system has driven down performance; today big institutional science has been a spoiler of great insights delaying progress everywhere. Today it is business as usual. The criminal come to the top. My greatest fear is that an end is coming to the centuries of progress that mankind has grown use to. The age of genius may be at an end. I’m sorry to ramble on this in such a `scatter gun’ way.”