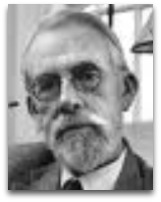 In hmolscience, Christopher Dawson (1889-1970) was a British Catholic historian, noted for his 1957 Dynamics of World History, wherein he derides the fields of social mechanics, social energetics, and social physics as corpses of sociology; per underlying religious objection.

Overview
In 1957, Dawson, in his Dynamics of World History, stated the following: [1]

“From the beginning sociology has been haunted by the dream of explaining social phenomena by the mathematical and quantitative methods of the physical sciences and thus creating a science of society which will be completely mechanistic and determinist. The path of sociology is strewn with the corpses of defunct systems of “social physics,” “social energetics,” and “social mechanics,” and their failure does little to discourage fresh adventures. Such systems have little use for history or for social reality; they content themselves with generalizations that have significance and with “laws” which are nothing but false analogies … nothing but an apparatus for the transformation of solar energy into human energy (Carver and Ostwald), while Winiarsky argued that social change proceeds according to the laws of thermodynamics. Such extravagances explain the distrust shown towards sociology by historians, for the experience of the complexities of the complex reality of the social process makes them naturally hostile to the crude simplicity of pseudoscientific generalizations.”

Dawson’s vitriolic antagonism to these fields being an underlying religious objection; a reaction seen in the minds of those including: Christoph Wieland (1809), Pitirim Sorokin (1928) and John Wojcik (2006).

Christopher | Namesake
Of note, if a person's first name is "Christopher" (e.g. Christoph Wieland), which is etymologically Christian based, in respect to people discussed, mentioned or having articles in Hmolpedia, that person has a 60% probability (Ѻ) of rejecting any and all types of chemistry, physics, mechanics, energetics, and or thermodynamics based sociology, being that the core principles of Christianity severely conflict physical science based sociology. This same trend, if not to more marked degree, is to be expected for people named “Muhammad” in Muslim countries.