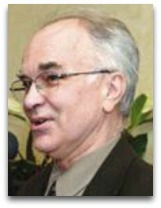 In hmolscience, Christopher Gray (1941-) is an American-born Canadian law philosopher noted for 2010 to present discussion of the social thermodynamics publications of French law professor Maurice Hauriou.

Overview
In 2010, Gray, in his The Methodology of Maurice Hauriou: Legal, Sociological, and Philosophical, summarized the jurisprudence thermodynamics theories of French law professor Maurice Hauriou; the following is a representative excerpt: [1]

“The dominate analogy Hauriou uses from the sciences of inorganic matter couches the whole of Leçons sur le movement social [Lessons on Social Movement] in terms of the science of thermodynamics to illustrate his conception of society. His purpose is to show similarities between social and physical movement by juxtaposing the science of the one with the science of the other (pg. 6). Because Hauriou is interested in society in terms of power, the transition to the science of chemical and physical power is easy for in (pg. v). Physics and sociology both have as their objects something with mass; for example, in society, mass is embodied in the number and bonds of its members. Thus, the laws inertia, relativity, equal action and reaction will apply to both (pgs. 12 and 17). At different places, Hauriou also employs the laws of conservation of energy, of parsimonious activity, and entropy.

The danger of a mechanistic social science is closer, however, with a mechanical analogy than with a biological one. Hauriou’s chief task is to avoid the reduction of human energy with chemical energy. Within the analogy, the way he does this is by rejecting the vision of society as a hermetically sealed [closed] container [vas hermétiquement clos]; freedom is corrective to the principle of constraint.

To continue the analogy, Hauriou has to find something in physics approximating liberty in social science; this he finds in the free movement of energy from physical movement to thermal phenomena, and back. This is to parallel the discontinuity between social stimulation and human thought; the thermal phenomena and the thought are the ‘representing’ element, the physical movement and social movement the ‘represented’. Thus, the physical structure of thermodynamics is meaningfully representative, humanized; it becomes the fundamental analogy [analogie fondamentale] between society and the natural world (pgs. 7, 57, 62).”

In 2011, after completion of The Methodology of Maurice Hauriou, Gray did the first English translator of Hauriou’s 1896 Tradition in Social Science, with its chapters on “social matter”, the dynamic point of view, social material, among others, in which he includes a translator’s introduction, explaining who the second book was a followup to the first with focus on the thermodynamics as the basis for social movement. The opening paragraph of Hauriou's Tradition in Social Science, is as follows: [2]

“Social science can be defined either as science of society, of the social condition, or of social matter. The only important point is to provide some material as an object. All observational sciences work upon some material, physics and chemistry upon physical matter, biology on living matter, experimental psychology on psychical matter broken down into states of consciousness. It is natural to rest social science upon social matter.”

Translations
On 7 Oct 2013, Libb Thims queried Gray about doing a possible English translation of Maurice Hauriou’s 1899 Leçons sur le Mouvement Social. On 27 May 2014, Gray communicated to Thims about how he had been considering doing an English translation and that he now has some time this coming summer (2014) to do the translation. [3]

Education
Gray completed three degrees in philosophy: his BA in 1963 at St. Bonaventure University, MA in 1965 and PhD in 1970 both at the Catholic University of America, Washington DC. He completed degrees in civil law and in common law, BCL in 1978 and LLB in 1979, from McGill University, Montreal. He has taught philosophy at Concordia University and Loyola College in Montreal since 1967, specializing in philosophy of law.