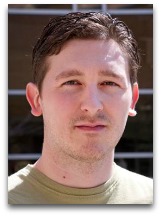 In hmolscience, Christopher L. Redford (c.1982-), known as Chris or evid3nc3, is an American computer scientist and religious deconversion philosopher noted for his so-called Redford deconversion model as outline in his 2009 to 2012 “Why I Am No Longer a Christian” video series—thematically similar in some sense to English mathematical philosopher Bertrand Russell's 1927 Why I Am Not a Christian—wherein he documents, in a very inside-the-mind look at his 2004 to 2008 Christianity belief system deconversion, from that of a devout Pentecostal Christian (2001) to, as he now refers to himself, a evidentialist secular humanist (2013), i.e. a secular humanist who bases their belief system on evidence. [1]

God concept
The following is representation of the "god concept", which the typical believer hold in their mind, as Redford explains things: 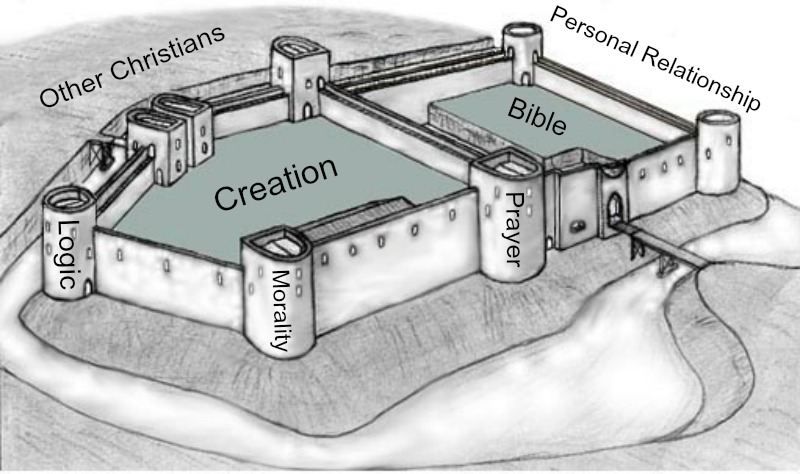 Even if one to three of their towers, of their mental belief nodal structures, comes under attack, such as "logical arguments" (e.g. how come there were no dinosaurs on the Ark?) or "morality" (e.g. how can a person be moral if we don't have free will), the castle (belief in the existence of God or "God concept") will still hold-fast in the mind, in respect to belief system or belief state. In short, in order to for a believer to be deconverted to disbelief, four of the seven "nodes" or towers (of God concept) have to simultaneously come under attack, and the battle or deconversion process typically lasts three-years.

Education
Redford completed his BS in computer science in 2005 and his PhD in 2012 in computer science, subfocus of intelligent systems, dissertation “Evidentialist Foundationalist Augumentation Applied to Multi-Agent Systems”, both in the 3.83 GPA range, at the University of Kansas. [4]

Deconversion | Overview
In 2001, Redford, a devout Church going, religious organization participating Christian, for some 17-years, entered the University of Kansas as a freshman with a mission to ‘spread the word of Christ’.

In 2004, after two years of science and philosophy classes, however, Redford’s beliefs began to change, the biggest shift—or tipping point—in his religious transformation came in March when he read a New Mexico professor’s [name] controversial review of the Bible on Amazon, an experience which Redford reflects on as follows: [2]

“I found it kind of offensive, but I thought I would try to reach out to him,” Redford said. “It turned out that he had more to teach me than I had to teach him.”

Redford communicated with the professor over email for a week and the logic of the professor’s arguments began a dramatic change in his religious ideals. Redford began to see ‘holes’ in the religion he had been committed to for his entire life (reaction existence).

In 2007, Redford made his first YouTube video, entitled “Re: Proof God is Real”, a response to a video by Canadian religion debate evoking vlogger Shawn Karon (VenomFangX) who attempted to give some proof of the existence of god discussion via the "first cause" argument. (Ѻ) On 11 May 2009, Redford uploaded “VenomFangX” Leaves!” discussing how he doesn’t know how to feel about this, explaining that “VenomFangX was the reason that I and many people came to YouTube”, namely out of irritation concerning his overconfident technique of spreading misinformation, e.g. about the Dead Sea Scrolls, etc., about religion. (Ѻ)

On 3 May 2009, Redford uploaded his “Why I Am No Longer a Christian” video, in which he outlined the new series he was intending to make in respect to the steps of his deconversion.

Redford's resulting three-year video series documents his metamorphosis into atheism, via video—the result of which, him studying intelligent systems theory as the focus of his computer science PhD work, is a rather surreal look inside the mind of someone’s step-by-step belief system reconstruction, his ‘nodal representation’ of the structural framework of the average belief system, being very illuminating in respect to belief system structure and strength. [3] His presentation is rather well-honed, as far as religio-mythology and comparative mythology and religious studies go, citing Karen Armstrong (A History of God, 1993), among others.

In hmolscience, an atomic theory based belief system, the name “Christopher”, the surname of Jesus Christ and of Christianity, is an uncommon name—the term “Christ”, from the Greek Christos, literally, anointed, meaning to rub with oil, from the Egyptian resurrection myth of Osiris, specifically to rub the re-attached erect phallus, of the crucified (cut apart), albeit reconnected (mummified) body of Osiris, with “oil” before divine resurrection sex, with goddess sisters Isis (Stella Maris → Virgin Mary) and Nephthys (Mary Magdalene), as described in the play Passion of Osiris, shown below (left), or as re-written in the Passion of Christ, as shown below (right): 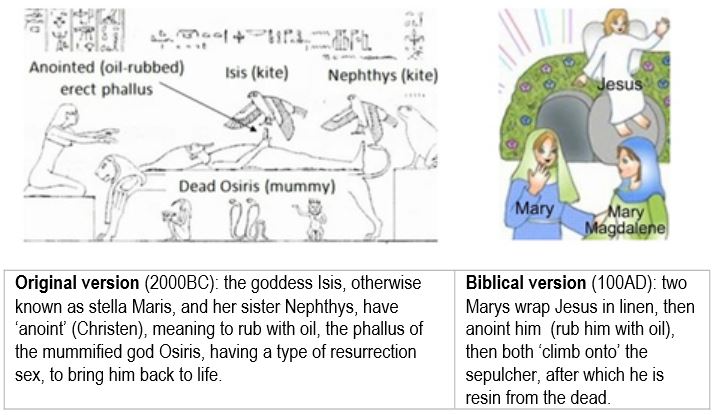 As the school “most accused of atheism”, as English natural philosopher Francis Bacon put in circa 1601, is the school of “Leucippus and Democritus and Epicurus”, the paucity of Christopher names, among the 1,000+ Hmolpedia biographies, listed below, is no coincidence; the majority of "Christophers" being objectors or detractors to hmolscience—the cross symbol signifying Christian or God-based objection reasoning logic:

Noting that about 60 percent of the twelve "Christ-named" individuals in Hmolpedia are religious belief adherers, in belief system, in some sense or another, the supposition here is that a person born into the name “Christopher”, or equivalently Mary (or Christine), is one thus born deeper into the belief system of Christianity, more so than the average person, via action of their parent's idealized belief systems. Redford, in the 2012 Artificial Intelligence Review publication of his dissertation, lists himself as “Chris”, which would seem to be unwritten code for religious belief system detachment.

“It takes the latter half of all of one’s lifetime to unlearn the falsehood that was instilled into us during the earlier half. Generation after generation we learn, unlearn, and re-learn the same lying legendary lore. Henceforth, our studies must begin from the evolutionist standpoint in order that they mat not have to be gone over again.”