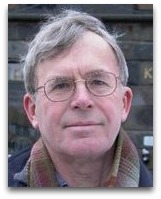 In hmolscience, Claes G. L. Johnson (1943-) is a Swedish mathematician noted, in human thermodynamics, for his 2008 Leonhard Euler conceptualized new second law model that explains evolution in terms of emergence, or something along these lines.

Overview
In 2008, Johnson introduced a computational thermodynamics argument, co-written with his doctoral student Johan Hoffman, that the emergence of ordered life forms, such as humans, are explained not by classical thermodynamics, but by a “new second law”, one not based on entropy, but derived via a "Euler equations", which are equations in fluid dynamics for inviscid flows, type of reformulation of the first law of thermodynamics. [1] To quote Johnson’s dismal view of the classical version of the second law, as formulated by German physicist Rudolf Clausius and interpreted by Austrian physicist Ludwig Boltzmann, Johnson states: [2]

In replacement of the standard two laws of thermodynamics, Johnson suggests that they can be replaced by a by a deterministic finite precision computation or, more precisely, by a least squares stabilized finite element method for the Euler equations, which they refer to as the "Euler General Galerkin", a term symbolic of the fluid dynamics type mathematics of the Swiss mathematician Leonard Euler and Russian mathematician Boris Galerkin. In particular, they state. [3]

Emergence
On the oft-quoted postulate that the classical second law, according to Johnson, “is often described as a general tendency of heat to spread or temperature gradients to decrease in a steady march to a heat death with uniform temperature, or more generally a tendency in physical processes of decreasing differences with increasing time”, he states that “this form the classical second law seems to contradict all forms of emergence of ordered structures in the form of crystals, waves and life, characterized by increasing difference.”

Conversely, as Johnson argues here, “the new second law does not contradict emergence of ordered structures, only states that increasing difference and creating order cannot be done quickly.” [4] Strangely enough, however, Johnson never goes beyond this statement in the extrapolation to human society, although he mentions traffic patterns, and economics to a certain verbal degree, but simply, instead, seems to refer the reader to American physicist Robert Laughlin's 2005 book A Different Universe, which argues for the theory of "emergence" as a replacement for atomic-molecular reductionism. [3]

Difficulties on theory
The general difficulty in the entire treatise is that it seems to be a general hodgepodge of unfounded derivations, grave mathematical typos, such as the use of dT verses dU in the first law of thermodynamics, misapplied substitutions of terms, such as D, dissipation, for Q, in the combined law of thermodynamics, and a weak attempt to give a Prigoginean-like solution to the theory of emergence, references to information theory, Maxwell’s demon, as well as Loschmidt’s paradox, amid a general slew of quotes as to how confusing the entropy concept is for many, particularly to mathematicians.

Education
Johnson completed a MS in engineering in 1969 and a PhD in mathematics in 1973, both at the Chalmers University of Technology, Gothenburg, Sweden, becoming a docent there in 1978. [5]