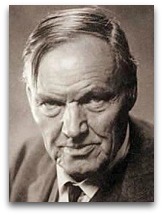 In existographies, Clarence Darrow (1857-1938) (IQ:145|#659) (CR:13) was an American lawyer noted for his 1925 defense, in collaboration with journalist Henry Mencken, of American biology teacher John Scopes, in the Scopes Monkey Trial, who was fined and jailed for teaching evolution to high school students. [1]

Religion | Atheism
Darrow was the son of Amirus Darrow, an open atheist, known throughout Kinsman, Ohio as the “village infidel”.

Bryan | Bryan College
Darrow’s aim was to either get the judge to overturn the law as unconstitutional or have the jury declare John Scopes guilty of breaking the law, so that he could get the decision overturned. The latter option followed, Scopes was found guilty and fined $100 dollars, after which Darrow got the case overturned the following year by the Tennessee Supreme Court, which commented that:

“Nothing was to be gained by prolonging the life of this bizarre case.”

Scopes prosecutor was William Bryan (1860-1925), who—like Ken Ham, head of the Creation Museum, to give a modern example—was taught by his father that the Bible was the absolute arbiter of truth, and the only basis on which a decent society could function. Although, technically, Bryan won the case, the humiliation he had been suffered to publicly endure for his fundamentalist views, caused him to die (dereact) five days after the trail. Journalist Henry Mencken reportedly boasted to Darrow: “we killed the bastard”, after Bryan was savaged as a witness by Darrow. [2]

The school superintendent Walter White proposed that Dayton should create a Christian college as a lasting memorial to Bryan; fund raising was successful and Bryan College opened in 1930.

In 2014, the so-called “Bryan way”, i.e. strong evangelicalism, amid declining Christian values nationally, spurred Bryan College into changing its original 1930 belief statement clause “the origin of man was by fiat of God”, which professors have to sign as part of their employment contract, to: (Ѻ)

“Adam and Eve are historical persons created by god in a special formative act, and not from previously existing life-forms.”

which caused several teachers to leave, and 100s of students to protest.

Quotes | On
The following are quotes on Darrow:

“With the death of Clarence Darrow in 1938, American public life lost the last well-known secularist crusader who stood squarely in the enlightenment freethought tradition of Thomas Paine and Robert Ingersoll.”

“Nature is strong and she is pitiless. We are her victims. Each act, criminal or otherwise, follows a cause; give the same conditions, the same result will follow forever and ever.”

“If today you can take a thing like evolution and make it a crime to teach it in the public school, tomorrow you can make it a crime to teach it in the private schools, and the next year you can make it a crime to teach it to the hustings or in the church. At the next session you may ban books and the newspapers. Soon you may set Catholic against Protestant and Protestant against Protestant, and try to foist your own religion upon the minds of men. If you can do one you can do the other. Ignorance and fanaticism is ever busy and needs feeding. Always it is feeding and gloating for more. Today it is the public school teachers, tomorrow the private. The next day the preachers and the lectures, the magazines, the books, the newspapers. After a while, your honor, it is the setting of man against man and creed against creed until with flying banners and beating drums we are marching backward to the glorious ages of the sixteenth century when bigots lighted fagots to burn the men who dared to bring any intelligence and enlightenment and culture to the human mind.”

“I didn’t choose to be born, and if I’d been given the option, I’d have asked to been let off.”

“Chase after truth like all hell and you’ll free yourself, even though you never touch its coattails.”

“I am agnostic as to the question of god. Since man ceased to worship openly an anthropomorphic god and talked vaguely and not intelligently about ‘some force’ in the universe, higher than man (see: higher force; higher power), that is responsible for the existence of man and the universe, he cannot be said to believe in god. One cannot believe in a force excepting as a force that pervades matter and is not an individual entity.”

“The number of people on the borderline of insanity in a big country is simply appalling, and these seem especially addicted to believing themselves, saviors, and prophets. It only takes a slight stimulus to throw them entirely off their balance.”