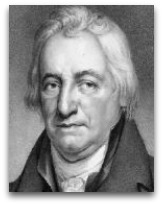 In existographies, Claude Berthollet (1748-1822) (IQ:#|#) (Cattell 1000:669) (Murray 4000:13|C) (GCE:11) (DN:7) (CR:56) was a French chemist noted for his circa 1800 studies on chemical affinity, the laws of affinity, and in particular his objection to the original notion of “elective affinity”, in that there may the splitting of affinities. [1] He was one of the mental references used by German polymath Johann Goethe in the scripting of his novella Elective Affinities. [4]

In 1798, Berthollet accompanied Napoleon’s military expedition to Egypt, during which time his observations of the Natron Lakes, led to new insights about affinity theory. (Ѻ) (Ѻ)

In his 1799 paper “Research on the Laws of Affinity”, Berthollet summarized his issues with the theory of elective affinity as follows: [2]

“The very term elective affinity must lead into error, as it supposes the union of the whole of one substance with another, in preference to a third; whereas there is only a partition of action, which is itself subordinate to other chemical circumstances … care must be taken not to consider this affinity as a uniform force which produces compositions and decompositions … Such a conclusion would lead us to neglect all the modifications which it undergoes form the commencement of action to the term of equilibrium.”

Goethe | Elective Affinities
As to the theoretical basis of German polymath Johann Goethe’s 1809 novella Elective Affinities, German historian Jeremy Adler notes that aside from the logic of the 1775 textbook of Swedish chemist Torbern Bergman, which formed the bulk of Goethe’s theories of human elective affinity reactions, Goethe also mentioned Berthollet in connection with his studies on affinity. [4]

In the novella, according to Adler, Goethe subtly acknowledges his lack of understanding of the new theories of Berthollet in the famous chapter four, when the Captain and Eduard are discussing the theory of affinity, we are told that the Captain will explain affinity as "I [he] learned from reading about it some ten years ago".

Taken literally, according to Adler, this would date the Captain’s knowledge to the time just before Berthollet’s main findings appeared, i.e. to the years around 1799. "Whether it still fits the newer doctrines", the Captain adds, "I am unable to say." This proviso signals a divergence between the Captain’s knowledge and the narrator’s awareness that newer theories had begun to appear. Moreover, in a 26 September 1826 letter, Goethe commented that: [4]

“For decades [I have been struggling] with Berthollet in the matter of the affinities.”

Students
Berthollet, on a friend’s recommendation hired a young French chemist Joseph Gay-Lussac, the eponym of Gay-Lussac's law (P = kT, at constant volume), one of the gas laws, to work as his assistant in his laboratory. Upon his retirement, Gay-Lussac was appointed to his position at the Ecole Polytechnique. [5]