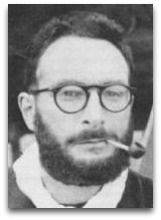 In existographies, Claude Lévi-Strauss (1908-2009) (CR:24) was a French anthropologist noted, in anthropological thermodynamics, for having, in his 1955 Tristes tropiques (Sad Tropics), coined the terms entropology and entropologist, and for his 1959 theories on the energetic and entropic nature of “hot” (primitive cultures) and “cold” (modern cultures) societies. [1]

Overview
The following is a popular, albeit rather riddled, quote by Levi-Strauss: [4]

“Cultures are societies which produce little disorder – what doctors call ‘entropy’ – and tend to remain indefinitely as they originally were: which is why they look to us like societies that lack both history and progress. Whereas our societies, those corresponding to modern civilizations, are powered by a difference of electrical pressure, as it were, expressed in various forms of social hierarchy. Such societies have managed to establish within them a social imbalance which they use to produce both much greater order – we have societies that work like machines – and much greater disorder, much less entropy, in relations between people.”

Of interest here is Strauss' discussion of the production of entropy in relations between people, which is a very rare gem of insight, being that this is the sense in which entropy was originally defined by Rudolf Clausius, loosely being associated with the 'work the molecules of the system do on each other', which translates as the work people in societies do on each other in the context of daily relationships and interactions.

Quotes | On
The following are quotes on Levi-Strauss: