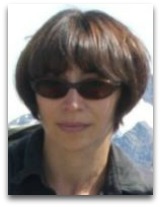 In hmolscience, Claudia Rotondi (c.1969-) is an Italian political economist noted, in economic thermodynamics, for her 2001 chapter “Competition and Economic Temperature: the Entropy Law in Emanuele Sella’s Work” in which she revives the near-forgotten 1910 work on economic temperature and economic entropy of Italian economist Emanuele Sella. [1] Her PhD was on the economics theories of Maffeo Pantaleoni, Vilfredo Pareto, and Sella.

Education
Rotondi completed a degree in political science at the Catholic University of Milan in 1991 with a thesis on “The Problem of European Economic Integration in the Thought of Francesco Vito”; and completed a PhD in the history of economic thought at the University of Florence in 1995 with a thesis on “Theory of competitive companies in the thought of Maffeo Pantaleoni, Vilfredo Pareto, and Emanuele Sella.” Rotondi currently is an economics professor at the University of Cattolica de Sacro Cuore di Milano. [2]