In science, complexity theory is an ill-defined subject generally consisting of attempted classifications of a variety of complex systems according to difficulty of algorithms, computational methods, and computer simulations. [1]

The term complexity theory or complexity science, all-in-all, is a general umbrella term for the study of a number of disperse fields that use mathematical methods of investigation, without any uniform framework or core principles; an example being the use of Edwin Jaynes' so-called maximum entropy principle, blended together with Riemannian metrics to explain complex systems. [3]

History
The so-called science of complexity tends to refer to an admixture of 1990s going into the 2000s theories, for the most part chaos theory mixed together with computer simulations. 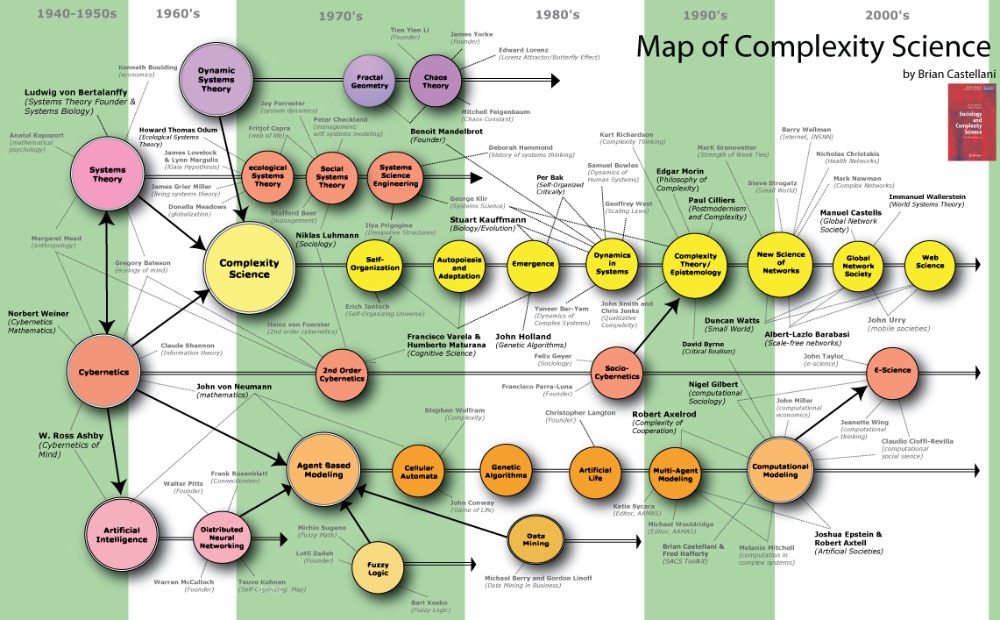 It is difficult to say, however, as of 2010, if complexity is a legitimate branch of science. In any event, in sum, complexity theory, in biology and sociology, is often used as an umbrella term for a mixture of chaos theory, cybernetics, information theory, general systems theory, along with superficial mentions of thermodynamics, among others.

Other
Belgian chemist Ilya Prigogine dates the start of complexity science to the heat transfer work of Fourier: [2]

“As for the birth of the ‘science of complexity’, we propose to date it in 1811, the year Joseph Fourier won the prize of the French Academy of Science for his mathematical description of the propagation of heat in solids.”

This, however, is a biased misattribution, being that Fourier's work forms the basis of the subject of heat transfer