In rankings, creationism scientists ranked by idiocy is a ranking of scientists who believe in creationism, in any of its forms, who mix science and religious arguments together, to “create”, no pun intended, published or stated idiocy.

“An intellectually honest ‘Christian evolutionist’, a term which itself is an oxymoron, has to check their brains at the church door.”

— William Provine (1988), “Scientists Face It! Science and Religion are Incompatible” [5]

“Behe is an IDiot. It’s the same thing as a creationist, only with a thin veneer of more lies coated over it in an attempt to come across as scientific.”

“I lost 5 IQ points reading Strobel's book, which was nothing more than mindless propaganda.”

The term “idiocy”, while not aiming to be derogatory or ad hominem, is used herein to refer to a scientist who (a) believes in the existence of god—knowing specifically that fewer than 5% of leading scientists currently believe in the existence of god—who created humans, earth, and or universe and (b) openly states, produces, and or publishes work arguing for “something notably stupid or foolish”, in the Merriam-Webster Dictionary sense of the matter, in support of point (a).

List
The following is the work in progress ranked listing of creationism scientists ranked by descending order of idiocy:


Adds | Possible
The following are possible religious-minded scientists in need of idiocy ranking :

Religious IQ
The term “idiocy”, employed herein is used in the reference not necessarily to one’s “general” IQ, on the 100 = average (normal) scale, a modern 21st century person may very well be a Harvard-educated Christian, but specifically with reference to one’s “religious IQ”, the term religion employed herein—nor necessarily per the notion of “Religious IQ” as 2010 Pew researchers define the term, based on a 32-question quiz (Ѻ), e.g. “when does the Jewish Sabbath begin?” (Fri, Sat, or Sun) or “what is Ramadan? (Hindu festival, Jewish day, or Islamic month), etc.—but rather in the etymological sense of the Latin -ligare “to bind” meaning the belief system or belief state that binds a person to an ideology or group of people in possession of similar ideologies: 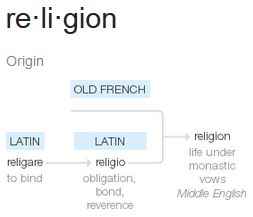 according to which one’s actions are guided or in “restrained, tied back”, in the sense of religare, i.e. beliefs one relies on, wherein IQR = 100 equates to average (or normal). Hence, someone such as Benedict Spinoza, in whose Ethics very few if any at all “idiotic” arguments can be found, cited with a general Cox-Buzan IQ of 175, also has a very high “religious IQ”. Conversely, however, when one is a science-educated Christian, Muslim, or Hindu there is occurs a collision in the mind of the recipient of two competing and incongruent belief systems, whereby, often times, amendment, reconciliation, or two belief system patching is attempted, ripe statements of idiocy quickly tend to arise, according to which one’s religious IQ falls into the “idiocy” (IQ=20) category range. A physical science trained scientist who, e.g. believes in both speed of light traveling flying horses and the theory of relativity, simultaneously, becomes an “idiot”, pure and simple, being that the former idea is impossible under implications of the latter.

Rosetta stone | Turning point
With fewer than 5% of leading scientists believing in the existence of god, shown adjacent, scientists who go against the grain and argue for a theory considered defunct by 95 percent of modern scientific thinkers, idiocy is sure to sprout. There was, however, a time when this was not so. Isaac Newton, e.g., was a believe in the existence of god.

As to when the turning point or tipping point occurred, the adjacent graph indicates that the point at which the switch from leading scientists believing in god being a majority to a minority, i.e. the 50% belief view, occurred in the period 1812 to 1870.

The years 1814 to 1818, in which English polyintellect Thomas Young (IQ=200), a devout Quaker, by religion—who, for the most part, remained private about his faith—began to translate the Rosetta Stone, the key to Egyptian origin to seventy-two percent of all modern religions, might well be the demarcation point in which true scientist would seemingly need to begin to come to grips with the foundations his or her faith, as far as existing knowledge allows or be left with one of two options: (a) remain private about one’s own faith or (b) speak out about one’s faith in the face of both growing scientific knowledge and understanding about natural phenomena and the mythological basis of Egyptian origins to the world’s modern religions. [4] It is in option (b), particularly into the 20th century, wherein one begins to find idiocy in argued opinion among so-called “scientists”, albeit not “real scientists”, as Peter Atkins (1997) sees things, quote below on results of adjacent data set: [5]

“You clearly can be a scientist and have religious beliefs. But I don’t think you can be a real scientist in the deepest sense of the word because they are such alien categories of knowledge.”

Young, in short, was a genius par excellence, yet he never published not stated any “idiocy” regarding his faith; though, to note, he did publically cease to be a Quaker in his mid-twenties, marry a non-Quaker, and later began to regard himself as a member of the Church of England in adulthood. [3] In this scenario, owing to the taciturn philosophy of Young, in regards to his religious opinion, it is very difficult to find any citation referring to Thomas Young as an “idiot”.

When, conversely, a modern scientist, or semi-modern, e.g. William Thomson (c.1905), follows the path of option (b), statements to the effect of near-idiocy may accrue:

“Mathematics and dynamics fail us when we contemplate the earth, fitted for life but lifeless, and try to imagine the commencement of life upon it. This certainly did not take place by any action of chemistry, or electricity, or crystalline grouping of molecules under the influence of force, or by any possible kind of fortuitous concourse of atoms. We must pause, face to face with the mystery and miracle of creation of living creatures.”

While not completely "idiotic", Thomson does chalk off the issue to the hands of god and miracles. In any event, into the mid 20th century and going forward is where some of the more idiotic publications are found, the idiocy of which tends to increase in reciprocal proportion to disbelief in god by leading scientists.

“Religion is so absurd that it comes close to imbecility.”

“Who exactly are these ‘smart people’ you speak of still advocating god? I happen to be on page 220 of Stuart Kauffman's 2008 Reinventing the Sacred, and I have written the terms: idiot, moron, stupid, garbage, retarded, etc., in the margins over several dozen times so far. The worst of all of them is Michael Behe, and Kauffman is not far off.”

“And you know, I get a lot of grief out there. People say, ‘How can you be a scientist and believe that god created the earth? Obviously, you know [they say] we developed from a puddle of promiscuous biochemicals. And if you believe in anything other than that, you’re a moron.’ I don’t criticize them. I say, ‘Can you tell me how something came from nothing?’ And of course they can’t. They say ‘well, we don’t understand everything.’ I say ‘ok, no problem’. ‘I’m just going to give you that there’s something’. And now you’re going to tell me there’s a big bang, and it comes into perfect order? So that we can predict seventy-years hence when a comet is coming, that kind of precision. And they say, ‘Well, yeah.’ And I say, ‘But don’t you also believe in entropy, that things move toward a state of disorganization?’ [they say] ‘Well yah’. [I say] ‘So how does that work? “And they say, ‘We don’t understand everything.’ And I said ‘I’m not sure you understand anything! ‘ But, I said, ‘I’m not going to be critical of you, not a problem. You’re entitled to believe what you believe, even though it requires a lot more faith than what I believe. But everybody believe what you want to believe.”

— Ben Carson (2015), campaign speech (Ѻ) (V:0:08-1:42), Liberty University, Nov 11; in 6 Oct 2015 Carson commented (Ѻ), on The View, how some of the people he talked to about this evolution question included Nobel laureates; and in 2011, he was in a theist debate team (Ѻ) with Francis Collins against atheists Richard Dawkins and Daniel Dennett