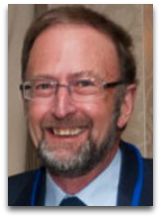 In existographies, Crosbie Wimperis Smith (c.1950-) is an English thermodynamics historian, noted for []

In 1989 and 1990, Smith and Wise, in their three-part “Measurement, Work, and Industry in Lord Kelvin’s Britain” article, supposedly (Ѻ), elaborated on more political thermodynamics metaphors. [4]

Other
In 1989, Smith, in his Energy and Empire, followed up by his 1998 book The Science of Energy, gave particular historical coverage of Scottish physicist William Thomson. [1]

Education
Smith studied history and philosophy of science at Clare College, Cambridge. Smith completed his PhD in 1975, with a dissertation on “Natural Philosophy and Thermo-dynamics: Patterns of Thought in Mid-nineteenth Century Physics”, focused on the history of Victorian steam power, at the University of Cambridge. [2]

Quotes | On
The following are quotes on Smith:

“#histtech, can you help me out? I cannot for the life of me remember who wrote the classic article on steam engines and thermodynamics as political metaphors. Help?”