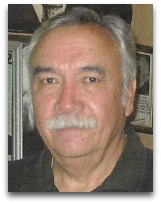 In hmolscience, Jose Cruz Iniguez Romero (1948-), who also publishes as “Cruz Iniguez” or “Jose C. Iniguez”, is a Mexican-born American chemical engineer and physical chemist noted for his 1993 "negentropic thermodynamics" theory, wherein he tries to "debunk" Clausius so to explain life and evolution, the result of which is his 2007 booklet Negative Entropy: a Brief Incursion into the Uncharted Universe of Decreasing Entropy. [1]

Overview
In 1993, Cruz penned an unpublished manuscript on the subject he refers to as “negentropic thermodynamics”, according to which, in his view, spontaneous processes take place with a “negative universal entropy change”, an self-conceptualized overthrow of thermodynamics, in short—not just a violations of thermodynamics polemic, but a seeming overthrow of the whole subject; the aim of which, it seems, is to develop a “rational approach to self-organizing phenomena, including the most puzzling phenomenon of all: life and its evolution”. [1] In 1999, Cruz, in volume one of newly-launched Entropy journal, published a version of his manuscript in the form of a four-part (Ѻ) article series entitled “A Revision of Clausius Work on the Second Law”; part one of which being subtitled “On the Lack of Inner Consistency of Clausius Analysis Leading to the Law of Increasing Entropy”, wherein he aims to “expose Clausius” in the name of life, or something along these lines. (Ѻ) Cruz reported further work on his Clausius debunking theory, in shortly-existed e-journal Acta Negentropica, created by himself, in 2000.

Education
Iniguez, at one point, was a chemical thermodynamics and chemical kinetics instructor and head the chemical engineering department of the Universidad de Sonora, México. He is now retired. [4]

Quotes | Cited
The following are some of the quotes employed by Iniguez:

“To fully embrace the evolving economy of the universe (including life), there should be added a third principle, that of the reflexion of energy, to those already admitted, namely the conservation and degradation of energy.”

“Entropy as a prevalent force makes itself felt whenever violence triumphs over peace, hate over love, foolishness over reason, disease overhealthiness, misery over abundance, death over life, ignorance over knowledge, stupidity over wiseness, and falsity over truth.”

“Magic and myth take over when reason gives up.”