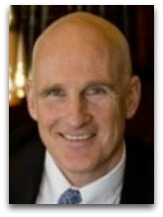 In ecological economics, Cutler Cleveland (c.1958-) is an American earth scientist noted for his 1999 article “Biophysical Economics: From Physiocracy to Ecological Economics and Industrial Ecology”, which attempts to summarize “biophysical economics”, which he defines as Alfred Lotka’s 1924 coining, along the way giving a fairly a decent historical overview of early attempts to incorporate thermodynamics ideas into economics, such as done by Sergei Podolinsky, Friedrich Engels, Wilhelm Ostwald, Frederick Soddy, Nicholas Georgescu, among others. [1]

Cleveland is also a noted topic editor for a number of energy dictionaries and encyclopedias, albeit written from the “energy and the environment” point of view rather than the “physics and thermodynamics” perspective; and is one overseers of the online Encyclopedia of Earth. In 2007, Cleveland launched a beta-stage online Energy Library (2007-2009), which contains a number of articles on energy in a general sense; the site, however, seems to be abandoned, and is riddled with errors, e.g. the timeline of the site lists Hermann Helmholtz as having conceived the theory that the sun derives its energy from gravitational contraction in 1854, whereas the snippet article on the same topic lists 1869; and seems to lack a consistent URL.