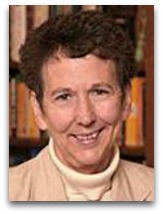 In hmolscience, Cynthia Russett (1937-2013) was an American historian noted for her 1964 PhD dissertation turned book The Concept of Equilibrium in American Social Thought (1966)—winner of prize for best dissertation in American history—wherein she seems to give a history and reverberation and integration effect synopsis of the Harvard Pareto circle, focusing on a discussion of the equilibrium theories of physical sciences, such as Willard Gibbs and Henry le Chatelier, the cross-over equilibrium theories, such as Vilfredo Pareto, and their carryover into sociology theory, such as found in the works of Lawrence Henderson. [5]

Organisms | Thermodynamics
At one point, in her discussion of George Lundberg, Russett long winded statement, involving a footnote, which in turn cites a footnote of a previous page, of her view about individual organisms not obeying thermodynamics (see: violations)—the sum aggregate of which is shown below: [6]

“Clearly organisms and mechanism were mismatched paradigmatic bedfellows. Individual organisms, precisely because they are open systems, do not obey the rules of statistical mechanics or thermodynamics. Although the organic world taken as a whole does ultimately fall under the second law. In Time’s Arrow and Evolution (1951), Harold Blum has pointed out that at the most inclusive level living systems undergoing evolution, far from acting in a way antithetical to the second law, actually obey it. Individual organisms do indeed evolve toward greater organization, win a consequent decrease in entropy. Organisms are able to do this because they are open systems constantly importing energy from their environment. But each local decrease in entropy is obtained only at the cost of an increase in the entropy of the universe as a whole. As long as an organism remains alive, it is open to new sources of energy from its environment and continually renews itself in interaction with that environment. Its entire lifetime is a flouting of the second law, until death imposes conformity. Furthermore life—with all that life implies in the way of organization and coordinated activity—is by no means ‘the most probable state’ of a given assemblage of molecules; indeed it is the most improbable. In the realm of probability theory, order is much less likely than disorder.”

Interest
Russett states that she was pulled into the Henderson project, out of some type of early 1960s graduate seminar paper:

“My interest in equilibrium as a component of American social theory grew out of a graduate seminar paper on Lawrence J. Henderson, the Harvard physiologist and one of the men most responsible for disseminating the concept in this country.”

Pareto
The following is an example Pareto synopsis by Russett: [2]

“Having framed the society within a ‘system’ schema, Pareto could facilitate his work enormously by establishing determinate conditions within it, conditions, that is to say, which did not vary at random but were completely described with reference to some general laws. Probably the commonest means to this end in the physical sciences is the use of some definition of equilibrium. Pareto had used just such a definition years before as a student at Turin. Bearing in mind his student experience, Pareto now invoked a definition of equilibrium not unlike the one set forth in his thesis: equilibrium was ‘such a state that if it is artificially subject to some modification different from the modification it undergoes normally, a reaction at once takes place tending to restore it to its real, its normal, state.’ This particular formula was very close to that of Le Chatelier in physical chemistry.”

Education
Russett graduated from Trinity College, Washington, D.C., in 1958, then completed her MA (1959) and PhD (1964) from Yale, winning the prize for best dissertation in American history, after which she became a Yale lecturer in 1967, became full professor in 1990, where she focused on American intellectual life (existence) in the 20th century, retiring in 2002. [3]