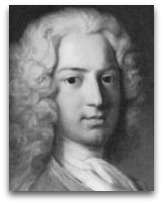 Overview
In 1738, Bernoulli, in his Hydrodynamica, defined pressure as: [1]

“The weight P holding down the piston in [a given] position is the same as the weight of the overlying atmosphere, which we shall designate P in what follows.”

In the history of differential equations, Swiss mathematicians, brothers Jacob Bernoulli (1654-1705) and Johann Bernoulli (1667-1748), the latter father of Daniel Bernoulli and mentor to Leonhard Euler (teacher of Joseph Lagrange), in Basel, Switzerland, were among the first interpreters of German mathematician Gottfried Leibniz' version of differential calculus. They were both critical of English physicist Isaac Newton's theories and maintained that Newton’s theory of fluxions was plagiarized from Leibniz' original theories, and went to great lengths, using differential calculus, to disprove Newton’s Principia, on account that the brothers could not accept the theory, which Newton had proven, that the earth and the planets rotate around the sun in elliptical orbits. [2]

Ideal gas law
The origin of the modern formulation of the ideal gas law is difficult to pin down. Bernoulli, however, may have been the first to give a verbal derivation this law. The following diagram shows his famous depiction of fluid particles sealed by the piston and weighted down by the pressure of the atmosphere and weights, which he used to describe the various gas laws. In what seems to be a reference to Boyle’s law (1662), Bernoulli states:

“The force of compression is approximately inversely proportional to the volume occupied by the air. This is confirmed by a variety of experiments. This law can certainly be safely applied to air less dense than normal; thought I have not adequately examined whether it also applies to air very much more dense; [also] the temperature of the air should be carefully kept constant while it is being compressed.”

In equation form this would be:

where k is a proportionality constant (indicative of experimental data to be determined). He then states:

“The pressure of the air is increased not only by reduction in volume but also by the rise in temperature. As it is well known that heat is intensified as the internal motion of the particles increases, it follows that any increase in the pressure of air that has not changed its volume indicates more intense motion of its particles, which is in agreement with our hypothesis.”

In equation form this would be:

In conclusion of these two aspects of the laws of gas behavior, Bernoulli then summarizes combined theorem as:

In equation form, noting that Bernoulli assigned the symbol “n” to number of particles, which gives a particle density ρ of n divided by volume V, we would have:

Bernoulli notes that this theorem was discovered by experiment by French physicist Guillaume Amontons, who had given an account of his work in the Memoires of the Royal Academy of Sciences in Paris for 1702. In any event, it is not to far to see how from these precursory statements of gas laws, and the equations they embody, that the modern ideal gas law can be obtained; particularly from the last equation, with substitution of the modern ideal gas constant R for k:

The form of the above equation, however, did not come in use until the early 20th century.

Heat
Science writer Tom Siegfried asserts, via citation of Stephen Brush, that Daniel Bernoulli based his 1738 kinetic theory of gases on the notion that heat is merely the motion of molecules. [3] This, however, sound off. While Daniel Bernoulli discussed the operation of the heat engine, as Peter Harman (Ѻ) discusses, his models seem to have been tied up in the conservation of living force theories of Johann Bernoulli and Gottfried Leibniz. [4]

Quotes | On
The following are quotes on Bernoulli:

“The screw-propeller, which, as has been stated, was probably first proposed [by Leonardo da Vinci (c.1495) (Ѻ)] by Robert Hooke (Ѻ) in 1681, and by Daniel Bernoulli [1752], of Groningen, and by Watt in 1784, was, at the end of the century, tried experimentally in the United States by David Bushnell, an ingenious American, who was then conducting the experiments with torpedoes.”

“Bernoulli, in his Hydrodynamics, dispensed with ‘fire particles’ and ‘subtle fluid’, instead situating the constituent atoms being all that are required to account for the known physical properties of elastic fluids. He introduces the fundamental notion of the average distance that an atom travels between collisions—the mean free path D—and he shows that the number of times and atom strikes the walls of the containing vessel must be proportional to 1/D, while the number of atoms making such impacts must be proportional to 1/D². The product of these two, 1/D³, gives him the pressure of the gas, and as D³ is proportional to V, the volume of the gas, it follows that Boyle’s law is obeyed. He was also able to show that if the effect of heat is to increase the velocity, u, of the atoms the pressure must vary as u²/V, which is consistent with Amontons’ discovery that the pressure of an elastic fluid varies with temperature.”