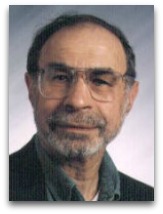 In human thermodynamics, Daniel Hershey (c.1931-) is an American chemical engineer noted for his 1980 to 2009 effort to ferret out an entropy theory of aging.

Overview
In 1980, Hershey, in his The New Age-Scale for Humans, argued that the derivative of the Prigogine entropy with respect to time:

applies to human systems. [4] He also mentions the entropy of fish work on aging of American engineer Robert Balmer.

In 1988, Hershey began to publish a number of articles on the application of entropy to aging theory and corporation growth and dynamics. [3]

In 2009, Hershey, in his Entropy Theory of Aging Systems, argued that entropy is a measure of disorder, and that systems left to their own tend to age towards disorder. The theory of the book culls from the nonequilibrium thermodynamics theories of Belgian chemist Ilya Prigogine and also from the information theory of American electrical engineer Claude Shannon. [1]