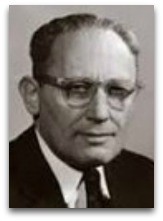 In hmolscience, Daniel Katz (1903-1998) was an American psychologist noted, in human thermodynamics, for his 1966 Social Psychology of Organizations, coauthored with Robert Kahn, which presents an entropy-entropy conceptualized theory of open organizational psychology.

Overview
In 1966, Katz, in his The Social Psychology of Organization, co-authored with Robert Kahn, build on the work of Ludwig Bertalanffy, i.e. general systems theory, living systems approach of American psychologist James Miller, Talcott Parsons, and American psychologist Floyd Allport, i.e. event-structure theory, outlined an energy-entropy based open systems model of organizations; the gist of which is as follows:

“Open-systems theory seems to us to permit assumption of entropy, the necessary dependence of any organization upon its environment. The open-system concepts of energic input and maintenance point to the motives and behavior of the individuals who are the carriers of energies input for human organizations; the concept of output and its necessary absorption by the larger environment also links the micro- and macro levels of discourse.”

Katz and Kahn’s Social Psychology, in their own words, is an attempt to extend the description and explanation of organizational processes, away from the traditional concept of individual psychology and interpersonal relationship, on the interdependent behavior of many people in their supportive and complementary actions via an open system point of view for the study of large scale organization