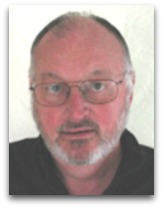 In hmolscience, Daniel Rigney (1949-) (CR=10) is an American sociologist noted for his 2001 The Metaphorical Society, in his chapter three of which he examines the “society as machine” metaphor, in which he explains how:

“The vocabulary of the social sciences is piled high with allusions to physics, chemistry, geology, and mathematics.”

“In popular parlance we speak of ‘chemistry’ of personal and group relationships. Vilfredo Pareto (1916) had a rather different sort of social chemistry in mind when he transposed his theory of social equilibria directly from the theory of chemical equilibria advanced by chemist J. Willard Gibbs.”

Pareto, in short, as per his General Sociology index indicates, did not cite Gibbs, and likely was not aware of his work at all. The connection between Gibbs and Pareto is a melding done by the hands of Lawrence Henderson and his so-called Harvard Pareto circle.

Education
Rigney completed his MS in 1973 with a thesis on “The Dramaturgy of Power: A Case Study” and his PhD in 1975 with a dissertation on “Organization Secrecy: an Investigation of Hidden Realities” both at the University of Texas at Austin, after which he worked as a sociologist at the St. Mary’s University in San Antonio, where he was director of the university’s honors program for 23 years. Presently, Rigney is professor emeritus of sociology at St. Mary’s University in San Antonio and complimentary visiting humanities scholar at Rice University, Houston. (Ѻ)

“The clarion call for a return to the dream of a social physics does not, at this moment, seem to be winning the day. Many social theorists are now more inclined to turn to historical and literary studies than to physics and chemistry for inspiration. Whether new developments in the natural sciences can breathe new life into the dream of a social physics is an open-ended and uncertain prospect.”

“Nineteenth-century social theorists favored metaphors that mimicked the more successful natural sciences, selecting analogies mainly from biology, chemistry, and physics. Social scientists, modeling themselves after physical scientists, sought to discover the natural ‘laws’ of society and history. In recent decades, however, the ground has shifted. Today, the positivist dream of a social physics seems, if not dead, at least dormant.”