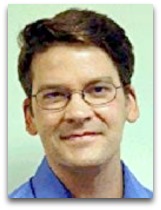 In existographies, David Fitzgerald (c.1965-) (RMS:150) is an American atheist activist and historical researcher on Jesus mythicism or Christian mythology, noted for []

Overview
In c.2005, Fitzgerald completed a degree in history.

In 2007, Fitzgerald began blogging (Ѻ) some of his Jesus mythicism ideas, i.e. the view that Jesus never existed.

In 2015, Fitzgerald, during his Q&A interview on the Mythicist Milwaukee podcast, when queried about where the names of the gospels, i.e. Matthew, Mark, Luke, John, Paul, etc., came from, gave a very “green response”, seeming to be very ignorant of the Egyptian origins of these names; the same green answers are seen in his discussions of astro-theology. [2]

Quotes | Employed
The following are quotes employed by Fitzgerald:

“In matters of religion it is very easy to deceive a man, and very hard to undeceive him.”

Quotes | By
The following are quotes by Fitzgerald:

“Christianity before the gospels were written, worships a Jesus that’s very different from the Jesus or ‘Jesuses’, if you will, that came after the gospels were written towards the end of the first century and the beginning of the second century. That was one of the red flags that got me, when I first got interested in the subject [about 10 years ago].”

— David Fitzgerald (2015), response (4:15-) to query about why Jesus mythicism is not taken seriously by the academic community [2]