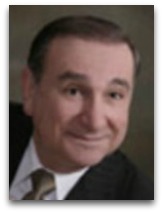 In hmolscience, David S. Alkek (c.1931-) is an American dermatologist noted, in human thermodynamics, for his 2007 theory that the purpose of humankind is to increase complexity so to counter the second law.

Overview
In 2007, Alkek, in his The Self-Creating Universe, argued that the universe, life, and human societies have a purpose in a new-paradigm “law of increasing complexity”, a complexity theory law counter to the second law (he defines as the law which predicts progressive disorganization), which instills a “self-development” of increased form, organization, and complexity. He introduces the term “ipsa-creation” to define the self-development of the “unfinished universe”. [1]

Education
Alkek completed his BS in chemistry at the University of Texas, Austin, and his MD at University of Texas Southwestern Medical School, Dallas, and did his dermatology residency at Temple University Skin and Cancer Hospitals in Philadelphia. [2] He has been in private practice since 1971.