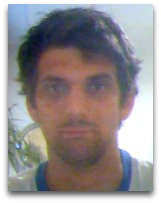 In hmolscience, David Bossens (1989-) is a Belgian psychologist and philosopher noted for []

Overview
In 2012, Bossens, in his “Reflections: Criticisms of Science”, discusses free will and social sciences in the context of thermodynamics, complexity theory, quantum mechanics, Darwinian evolution, and human chemistry, among others, the abstract of which is as follows: [1]

“Can we make free choices, or are we determined by our environment? Is science on the right path? Can we predict love? These and other questions are discussed.”

The article is very ­Hmolpedia-centric, discussing the Tesla-Thims version of the defunct theory of life, William Sidis’s “animate and inanimate”, Rene Descartes’ automaton theory, Laplace’s demon; the question of free will from the chemical, thermodynamic, and quantum perspectives; the subject of prediction, among other topics, such a possible relation of Goethe and his human elective affinities theory to Darwin and modern genetics. The article opens to the following Tesla quote:

“There is no thing endowed with life—from man, who is enslaving the elements, to the nimblest creature—in all this world that does not sway in its turn. Whenever action is born from force, though it be infinitesimal, the cosmic balance is upset and the universal motion results.”

The article also digs in to the “religion needs to be discarded” issue; and in its place put the modern physical science framework of moral movement.

In 2013, Bossens collected his discussions and learned dialogues into the book Debates of the Hmolpedians, shown adjacent; the contents of which are as follows: 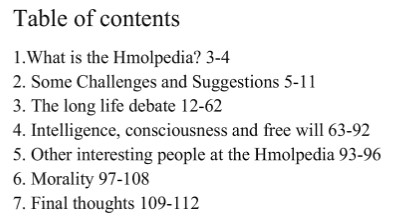 “[Human thermodynamics] is a branch of science that attempts to predict the behavior of people via chemical and thermodynamical equations. It is an interesting philosophy, a change of paradigm, perhaps even leaving having a broader explanation for human behavior than Darwinian evolution. Human thermodynamics can also be useful as a new framework for the origin of life. For instance, Libb Thims, proposed online that the idea of Darwin’s ‘dark pond’ which suddenly sprang to ‘life’, is not a very coherent one, and that it would be much more creditable and parsimonious to have as a rule that molecules bond and form ever more complex beings. Libb Thims also proposed a ‘human molecule’ where people are attracted to each other by chemical bonds. All this I believe to be a reasonable explanation: even if Darwin’s theory is still correct, they approach of thermodynamics and chemistry is a much more simple, and at the same time broader view. If the concept of biology is somehow redundant, then we must study it by means of chemistry and physics.”

Biology ≠ Defunct term
Bossens, in regards to the defunct theory of life view, is of the opinion that biology is not a defunct term; such as he has commented, in 2012, in a conversation with American civil-ecological engineer Jeff Tuhtan. Specifically, Bossens defines biological organisms as 'having genes that code for proteins'. A few counterexamples can be found, such as erythrocytes which don't have DNA or RNA. But, it is clear, Bossens says, that 'having genes coding for proteins' or 'consisting of one or more cell' are concepts unique and very universal to what is commonly referred to as biology. Furthermore, Bossens argues a biological organism need not consist entirely out of biology, since the only necessary condition is that, at the level of the biological organism as a whole, it has genes that code for proteins. Bossens gives the example of a brain chip, which would be a non-biological part of a biological organism. Both Thims and Tuhtan argued that, if the organism is deemed to be alive, then so should its molecules and its atoms. However, Bossens claims this results from using another definition than the one he used. Bossens then claims that atoms and molecules should not be deemed alive in this definition because they do not qualify the conditions 'has, or consists of one or more cells' and 'has genes coding for its proteins'. Still, Bossens claims that this does not imply free will or a soul for any organism, saying: "life sounds a bit religious is because it recalls of soul (and thus free will, a 'life force' if you will), and if for one way or another bio would recall of the same, then we should leave that term as well. But since biology is a science by now, that has a good definition not relating to free will, it would be somewhat unnecessary to change the definition of a clearly defined subject." Bossens also has stated this conversation will be discussed in his yet to be published book 'Reflections'. [7]

Quantum mechanics
Bossens touches on the wave-function collapse model of free will, the idea that "we choose, and choice makes the wave function collapse", citing American theoretical physicist Michio Kaku as an advocate of this view. On the question of "awareness", Bossens states:

“Low-level consciousness, as in ‘reacting’, which even ants can do, could be explained by introducing the idea that quanta have some kind of ‘awareness’, and that they react to an observer’. Or you could explain this by the more simple postulate that chemical molecules react to each other’s presence and that this explains why even non-living things can react and seem to be conscious. How to explain the reacting to the observer, or rather the act of measurement, is not clear. Anyhow, it seems that quanta do not have eyes, and therefore are not ‘aware’ in the traditional sense that we are observing them. They might react as they do, but this has nothing to do with the ‘awareness’, no more than a molecule could react if another molecule is placed in its vicinity.”

One point to note in this statement is that there is the hypothesis of Irish physicist John Bell (1928-1990) who devised an experiment to the prove the nonlocal nature of the world; the results of his work, supposedly, showing that it would be possible, in principle, to make measurements on two such quantum entities, such as photons, that has once been in contact, and discover if they remained ‘aware’ of each other when far apart. These experiments were actually carried out recently by Alain Aspect in Paris, which, supposedly, proved conclusively that quantum systems are nonlocal.

Likewise, in the 1990s, researchers in Geneva sent photons along a fiber optic cable 6.2 (10 km) in length, finding that the two photons acted like one particle even when they were more than six miles apart. In short, the experiments showed nonlocality. [2] Unresolved issues with the double slits experiment would seem to leave this query as an unresolved issue.

Prediction
On the subject of prediction, Bossens seems to be digging around in the right area. The root of the explanation of prediction is that a person is a molecule, the formula of which has been calculated by Robert Sterner and James Elser (2002). Every molecule in the universe has to result, i.e. come into existence in a specific state, in the form of a bound state structure, through a process of chemical synthesis. The methodological framework in which molecules in a given state are defined is via their placement on free energy tables, otherwise known as thermodynamic data tables, on which the standard Gibbs free energy of synthesis, entropy, and enthalpy for each atom and molecule on up are listed. Once the basic set of reactant precursors are listed on the table, the potential synthesis or rather feasibility for any given larger molecule (product) can be predicted, and hence listed on the table, or rather its thermodynamic feasibility can be predetermined or in the 1923 words of Gilbert Lewis, and his universal rule, one can discern if the process if "thermodynamically possible". If it is not possible, however, then one will know absolutely that the process will not go or occur or the molecule will not form and in this sense predict that the process will not occur; likewise for the converse scenario. This is what Polish solid state physicist and thermodynamicist Michal Kurzynski calls "principle of mechanical determinism" (2006):

"The laws of motion and the state of a physical system at a given moment in time unambiguously and uniquely determine the state of the system at all other moments of time, both in the future and in the past."

In the context of scientific demons, this logic, assuming each human can be listed as a synthesized molecule, and a human free energy table (see: human free energy), would result in prediction by a Gibbsian demon, named after American engineer Willard Gibbs, the curator and formulator of the prediction via free energy method, in what would be called thermodynamic determinism: meaning that one is able "predict" human chemical reactions, in the same way we currently predict test tube sized chemical reactions by measuring free energy, namely chemical determinism defined by the first law and second law of thermodynamics:


German polymath Johann Goethe and his circa 1808 human affinity table, of course, was the forerunner to this model. Goethe definitive view on free will is as such: "no are so hopelessly enslaved than those who believe they are free". The repercussions and logic of which are embodied in his Goethean philosophy, a chemical philosophy model of human existence and experience.

Religion | Existence of God | Origins
In his 7 Jun 2012 30-page article “Reflections: Our Origins”, the synopsis of which is “insight into our origins; not only into the origins of mankind, but perhaps mainly into the universe as a whole; the Big Bang, the question of god and evolution are discussed from an interesting standpoint”, Bossens mentions Libb Thims’ stance on god [DN=10] and goes into a debate with some of the Thims' statements. [2]

Education
In 2012, Bossens completed his BS in psychology, in the area of theory and research, at the Catholic University of Leuven, Belgium. Bossens is tentatively working a second bachelors in mathematics and physics, to be completed in 2014; and aims towards completion of a doctoral degree. Bossens states that he is “self-schooled on physics, especially on the philosophical implications”. [6]