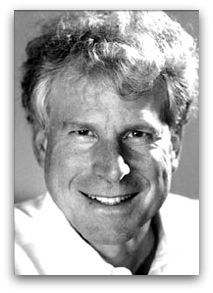 In existographies, David Buss (1953-) [CR:56] is an American psychologist, generally considered to be the central founder of evolutionary psychology, noted for his 1994 book The Evolution of Desire: Strategies of Human Mating, which presented the results of a cross-cultural study, conducted in the 1970s and 1980s, on "human mating" behaviors, encompassing more than 10,000 people, of all ages, from thirty-seven cultures worldwide, on the nature of sexual selection, that sought to identify underlying evolutionary-mediated psychological mechanisms of human sexual behavior and desire. [1]

In circa 1993, Buss and graduate student Jennifer Semmelroth, polled 213 college women, half of which (N:109) were asked how flattered the would feel by being persistently asked out on a date by various men, differing by occupation, shown below, the other half (N:104), were asked how upset they would feel by outright sexual proposition by various men, similarly differing by occupation, on a Likert scale of 7 being 'most upset' to 1 being 'least upset', the results of which are shown below, with the guesstimated inclusion of the explicitly-designed occupationally-perfect idealized male Dr. John Wayde Prentice Jr., from the 1967 film Guess Who's Coming to Dinner and and an occupationless homeless man:

In a thermodynamic point of view, occupation is pure measure of work, in a physical sense, whereas, similarly, the closer the typical man is to the 'least upset' range (1.00), the easier it will be for him to date or have sex with a 'hotter' female, in a physical sense, and with human thermodynamics being the study of the relationship between heat and work and other forms of energy, involved in the dynamics of human systems, the results of the above study is representative of quintessential human thermodynamics.

Human chemical thermodynamics
Buss' 1994 book The Evolution of Desire was very influential in the development of the sciences of human chemistry and human thermodynamics by American chemical engineer Libb Thims, who began reading it in circa 1994-95, as chemical engineering student at the University of Michigan, thereafter reading about 140+ more books on the same subject, at the same time he began to think about the issue of how the spontaneity of processes criterion (ΔG < 0) of chemical thermodynamics applied to variations in the spontaneity of the formation of human relationships, e.g. love at first sight relationships (very spontaneous) vs. ambivalent relationships (not spontaneous) (ΔG = 0) vs. arranged or forced relationships (opposite of spontaneous) (ΔG > 0), etc. [2] The two topics, free energy and mate selection, were thus very formative in Thims' mind in his thinking.

The following set of videos, in seven parts, is Buss speaking at the USM on 12 February 2007. The last video is an interview of American anthropologist Don Symons, author of the 1979 book The Evolution of Human Sexuality, on the subject of evolutionary psychology and sexual selection; the first person Buss began to collaborate with, in the early 1980s, in the development of evolutionary psychology:.