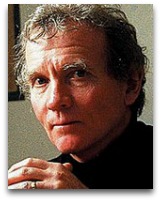 The following is Constantine’s synopsis of the novella: [1]

“In Elective Affinities Goethe conducts an experiment with the lives of people who are living badly. Charlotte and Eduard, aristocracts with little to occupy them, invite Ottilie and the Captain into their lives; against morality, good sense, and conscious volition all four are drawn into relationships as inexorably as if they were substances in a chemical equation. The novel asks whether we have free will or not; more disturbingly, it confronts its characters with the monstrous consequences of their repression of any real life in themselves. Goethe wrote Elective Affinities when he was sixty and long established as Germany's literary giant. He remained an uneasy and scandalous figure, none the less, and readers of Elective Affinities were profoundly disturbed by its penetrating study of marriage and passion.”