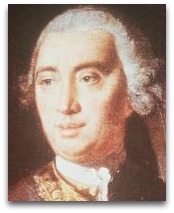 Science of man
In 1739, Hume, age 27, in his A Treatise on Human Nature: an Attempt to Introduce the Experimental Method of Reasoning into Moral Subjects, proposed a new ‘science of man’ (see: two cultures namesakes) in the theme of mathematics, physics, and experimental method. [12]

Dialog | Natural Religion
In c.1750, Hume outlined a plan of his Dialogues Concerning Natural Religion, which he kept in his study drawer, which he had reviewed by his friend Gilbert Elliott, eventually published posthumously (1779), per his will, did a modern remake of Cicero’s The Nature of the Gods, via a dialogue between the following three characters: [6]

The following are noted quotes:

“In reality, would not a man be ridiculous, who pretended to reject Newton’s explanation of the wonderful phenomenon of the rainbow, because that explication gives a minute anatomy of the rays of light; a subject, forsooth, too refined for human comprehension.”

“They firmly believe in witches, though they will not believe nor attend to the simplest propositions of Euclid.”

— David Hume (c.1775), on the vulgar and their prejudice against what they do not easily understand

Philo defends the Epicurean hypothesis that the world came into being by chance, that matter can acquire motion without any voluntary agent or first mover, that gravity, elasticity, and electricity all move things "without volition", and posits that "why may not motion have been propagated by impulse though all eternity, and the same stock of it, or nearly the same be still upheld in the universe." The dialogue ends with Philo promoting "quite atheism". [7]

Hume, in this work, of note, brings in the ancient idea, as professed by those including: the Charvaka, Al-Ghazali (c.1058-1111), and Nicholas of Autrecourt (199-1369) (Ѻ), that there is no reason to believe in cause and effect in the first place.

Hume, in this work, supposedly, also said that John Locke was the first to say that religion is only a "branch of philosophy", and that just as on any other subject, religionists are always revising toward truth (see: revisionist theory; recension theory) on the question of god. [7]

Religion | History
In 1757, Hume, in his Natural History of Religion, presented an anthropological argument based outline of religion; the argument is said to be similar to Edward Tylor's later Primitive Culture (1871). [10]

In 1763, Hume (aged 52) visited Paris, a point in time, when most of his works were well-known and he was the toast of the town, during which time he visited the house of Baron d’Holbach (aged 40) during which time a “legendary dinner party” was thrown, which was attended by Denis Diderot (aged 50), Voltaire (age 69), Charles Montesquieu (age 74), among 14 others. The gathering has been described as an salon-style philosophical dinner. Diderot related the encounter, between the great agnostic-leaning-atheist Hume, seated next to the extreme atheist d’Holbach, as follows:

Hume: “I do not believe in atheists, because I have never seen one!”

Holbach: “Count how many we are here. We are eighteen.”

Holbach: “It is not too bad a showing to be able to point out to you fifteen at once; the three others have not mad up their minds.”

Ernest Mossner (1954) has described Holbach’s group as an “atheistical club”. [9] David Berman (1988) has argued that Hume took it into his head to make this remark per reason that his “opening gambit was rather like a Masonic handshake: an attempt to elicit a response from, and communicate with, someone whose secret identity he guesses.” [8] Jennifer Hecht (2003) dubs this “doubt’s greatest coming-out party”. [7]

Atheism | Causality
Hume, in the history of atheism, is said to represent the supreme position of 18th century skepticism, his views being something to the effect that no “religious hypothesis” can be deployed with any cognitive certainty. His objections, as summarized by Michael Palmer, first appear in his Treatise of Human Understanding (1740), and then in his Enquiry Concerning Human Understanding (1748), receiving their fullest expression in his Dialogues Concerning Natural Religion (1779), his main stopping ground being an attack on the claim, enshrined in Thomas Aquinas’ Summa Theologica, that an infinite regression of causes and their effects, with each cause in turn being the effect of another cause, offers no satisfactory explanation of why things exist. [1] The gist of Hume’s argument, supposedly, is some type of a priori vs a posteriori statement argument, a type of verbal solipsism; which seems to lack in punch. Hume, according to Leon Cooper (1976), suggested that "causality" was not in the phenomena themselves, but was a concept introduced to order our experience. [12]

Kant
In 1788, Immanuel Kant penned Critique of Practical Reason, wherein his categorical imperative is presented, which, according to Miguel Unamuno, are both criticism launching points off Hume's 1740 A Treatise of Human Nature (1740) and “On the Immortality of the Soul” (c.1770).

Education
Hume, whose father died (dereacted) when he was two, falls into the early parental death and genius category. In this categorical sense, we note that in 1763 to 1765 he met, quarreled with, and later fell out with Jean-Jacques Rousseau, whose mother dereacted at age 9. At age 12, Hume entered the University of Edinburg, at an intellectually precocious two years, at a time when age 14 was normal. At some point, therein, circa age 14, Hume, supposedly, made some type of philosophical discovery that opened up to him "...a new scene of thought," which inspired him "to throw up every other pleasure or business to apply entirely to it"; thought he did not recount what this "scene" was, he thereafter set out to spend a minimum of ten years devoted to reading and writing. Hume stated, at an early age, that "he had an an insurmountable aversion to everything but the pursuits of philosophy and general learning".

Quotes | By
The following are noted Hume quotes:

“There is nothing to be learned from a professor, which is not to be met with in the books.”

“It seems then, say I, that you leave politics entirely out of the question, and never suppose, that a wise magistrate can justly be jealous of certain tenets of philosophy, such as those of Epicurus, which denying a divine existence and consequently a providence of and a future state, seem to loosen, in a great measure, the ties of morality, and may be supposed, for that reason, pernicious to the peace of civil society.”

“A wise man proportions his belief to the evidence.”

“Students of philosophy ought to learn logics, then ethics, next physics, last of all, of the nature of the gods.”

“It appears difficult by the mere light of reason to prove the immortality of the soul.”

“I now reckon upon a speedy dissolution. I consider, besides, that a man of sixty-five, by dying, cuts off only a few years of infirmities.”