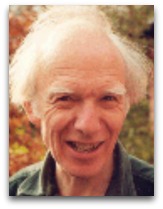 In human chemistry, David M. Knight (1936-) is an English chemist and science historian noted for his 2003 work on sympathy, attraction, and affinity.

Overview
In 2003, Knight, in his article “Sympathy, Attraction and Elective Affinity”, touched on ideas about sympathy, attraction, and elective affinity, up through German polyintellect Johann Goethe’s 1809 human chemical theory, the following being an opening excerpt from the article: [1]

“Lavoisier's triumph was sufficiently complete to make the language of sympathy, antipathy, affinity and attraction seem utterly archaic by about the time that Goethe's famous novel, Elective Affinities, was published in 1809. In that tour de force, in the context of learning about chemical combination and decomposition, human relationships are formed and broken: the result is tragic, inviting us to reflect upon the differences and similarities of people and things. Chemistry and its associated industry have since evoked all sorts of reactions, in the past often sublime, but nowadays often negative. Where would we be without catalysis or chain-reaction? – but the constant transfer back and forth of serious metaphors between chemistry and human life has ceased for the last two centuries.”

The first part of this statement, a common ploy used to derogate Goethe's theory (see: Elective Affinities (confusion)), is incorrect: Lavoisier, in 1787 specifically states, in the preface to his Elements of Chemistry, that he has not been able to fully comprehend the the subject of elective affinities, being that: [5]

“The absence of facts has prevented me from comprehending in this work the branch of chemistry which treats affinities, although it is perhaps the best calculated of any part of chemistry for being reduced into a completely systematic body. Messrs Geoffroy, Gellert, Bergman, Scheel, De Morveau, Kirwan, and many others, have collected a number of particular facts upon this subject, which only waits for a proper arrangement; but the principle data are still wanting, or, at least, those we have are either not sufficiently defined, or not sufficiently provided, to become the foundation upon which to build so very important a branch of chemistry. This science of affinities, or elective attractions, holds the same place with regard to the other branches of chemistry, as the higher or transcendental geometry does with respect to the simpler and elementary parts.”

In short, the science of affinity chemistry was hardly "utterly archaic" when in 1796, less than a decade after Lavoisier proclaimed that the subject was still awaiting proper arrangement, that Goethe first began to develop his human chemical theory (see: Goethe timeline).

The last part of the above statement, namely: “the constant transfer back and forth of serious metaphors (see: metaphor) between chemistry and human life [reaction existence] has ceased for the last two centuries” is very true. The only known reason for this puzzling situation is that Goethe, with his 5,000 personal library book mind, was the "last true polymath to walk the earth", as George Eliot so aptly put it, and thereby subsequently, after Goethe, people—Goethe's few students aside (namely Arthur Schopenhauer and Otto Weininger)—were not intellectually capable enough to do the transfer, back and forth, between chemicals and humans and behaviors, mutually-governed both by the same laws of chemical thermodynamics.

Knight also authored the 1998 book Science in the Romantic Era, the abstract of which is as follows: [2]

“The romantic era was a time when society, religion and other beliefs, and science were all in flux. The idea that the universe was a great clock, and that men were little clocks, all built by a divine watchmaker, was giving way to a more dynamic and pantheistic way of thinking. A new language was invented for chemistry, replacing metaphor with algebra; and scientific illustration came to play the role of a visual language, deeply involved with theory. A scientific community came gradually into being as the 19th century wore on.”

Knight seems to have also done some joint work with Canadian chemistry historian Trevor Levere, noted for his Affinity and Matter: Elements of Chemical Philosophy 1800-1865. [4]

Religion
Knight’s course on 'Science and Religion in the Nineteenth Century' was given a prize by the Templeton Foundation in 1997, and in 1998 he won an award from the Foundation and the Center for Theology and Natural Sciences in Berkeley California for 'Quality and Excellence in Teaching Science and Religion'. He has done a stint as Chairman of the Philosophy Department, and a term of six years as the first Chairman of the Ethics Advisory Committee of Durham University.

Education
Knight completed his BA in chemistry, surrounding work on Humphry Davy’s electrochemistry work, followed by some type of diploma in the history and philosophy of science, and a PhD, with a dissertation on the theories of the chemical elements in the 19th century, in 1964, all at Oxford University, after which he was appointed to a new lectureship in the history of science in the University of Durham, and in 1991 promoted to professor of history and philosophy of science, retiring from that position in 2002. Knight was editor of the British Journal for the History of Science from 1982-88; and from 1994-96 was president of the British Society for the History of Science.