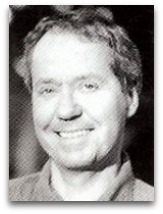 In existographies, David Lindley (1956-) (CR:6) is an American theoretical physicist noted for his two detailed existographies (biographies) on the times and work of thermodynamicists Ludwig Boltzmann (2001) and William Thomson (2004). [1]

Education
Lindley completed his PhD in astrophysics at the University of Sussex, England. In 2001, Lindley resided in Wisconsin, and in 2004, in the Washington, DC area.

Quotes | By
The following are quotes by Lindley:

“The hardest part of researching this book was untangling the origin of thermodynamics. Scientific progress in any area tends to be a steady refinement of qualitative ideas into analytical laws, but in thermodynamics this journey was unusually tortuous, with the result that academic literature today contains many discrepant opinions on what several pioneers of the subject said, what they thought they were saying, and how important their contributions were. I found no single account that provided a thorough and measured estimation of the whole subject.”