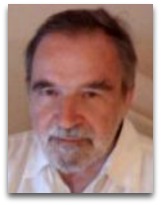 In religious thermodynamics, David Roemer (c.1942-) (DN:1) (CIR:25) is an American creationist physicist, a self-conceptualized blurry type of god-anchored noma philosopher (Ѻ)(Ѻ), known for his involvement in the Roemer-Styer fiasco (2012-present), known commonly as a “religious zealot” (Libb Thims, 2013) (Ѻ) or “attention-seeking serial pest and nut case” (Matthew Ellard, 2015) (Ѻ), who since 2006 has been on a super-zealous god-fueled mission to covertly attack seemingly people on all sides of the fence, creationists, intelligent design advocates, theologians, Catholics, evolution theorists, and general scientists, among others, whom he believers (a) “misrepresent science” (Ѻ), generally in respect to evolution and religion, or (b) presents views that conflict with his belief in: god, soul, free will, afterlife, and Jesus Christ, using a spider-like method of inquisition, going through entire social networks of individuals, staffs of entire colleges, science journals, organizations, etc., up through their superiors, state, and national representatives, senators (e.g. he mailed everyone in the US House of Representatives), via a grand mailing scheme, all of which he documents on his extensive correspondence presenting sites: NewEvangelist.me (2011-launch) and PseudoScience123.com (2014-launched), whom he sees as transgressing the absurd.

Physics | Teacher dismissal
In 1994, Roemer was removed from his 10-year tenured position as a physics teacher at Midwood High School, which he began in 1984, because “students reacted negatively to [his] teaching and there were many complaints” (Ѻ), supposedly because he was teaching physics using a “constructionist” (Ѻ) methodology, lesson plans of which are shown here (Ѻ), instead of a “developmental” (Ѻ) approach. Roemer then seems to devote the next 12-years, devoting his energy to suing New York Department of Education, over “wrongful termination”, in state and federal courts, making petitions in 2006 to the US Supreme Court. (Ѻ)

DKRoemer.com
In 2006, Roemer launched DKRoemer.com (Ѻ), wherein he began to post a number of things, such as book reviews he had done on: Daniel Dennett’s Breaking the Spell: Religion as a Natural Phenomenon (2006), Richard Dawkins’ The God Delusion (2006), Karen Armstrong’s A History of God (1993), Kenneth Miller’s Only a Theory: Evolution and the Battle for America’s Soul (2008) (Ѻ), among others; a 13 proposition proof of the existence of god (Ѻ); letters he sent to the US District Judge of Pennsylvania (on evolution), the New York Commission on Judicial Conduct (on his firing), among others.

YouTube
On 2 Jun 2009, Roemer started a YouTube channel, and made a 10-min video entitled “The Truth About Evolution and Religion”, wherein he argues the following: [1]

“The debate between advocates of intelligent design/creationism and mainstream biologists is disingenuous on both sides for two reasons. 1) Evolution only applies to the bodies of humans, not their souls. Biologists don't have to admit the soul is spiritual, but they have to admit evolution only applies to human bodies. 2) All biologists agree that Darwinian evolution only explains the adaptation of species to their environments. It does not explain the increase in complexity, i. e., common descent. I prove these assertions by quoting from mainstream biologists.”

In the video, he touching on the 1925 Butler Act (see: science vs religious legal cases) up to a 2009 New York Times criticism about the Texas school board hearings about teaching evolution in schools, being generally an interjection on the science vs religion debate (see: science vs religion debate), wherein he gives his view that: [1
and in which he goes on to state that he "knows he has free will", which is of course is the linchpin on the Biblical-based salvation model, i.e. the notion that people have the free ability to "choose" between right (good) and wrong (evil), which of course is something that does not happen at the chemical level, hence the near two-century long ongoing conflict between the two belief systems (Biblical belief vs physio-chemical belief)

SkepticForum
On 9 Jul 2009, Roemer joined SkepticForum.com, posting and discussing extensively there; eventually getting banned (Ѻ) in May 2015, at the end of 250-post thread on “Biological Evolution and the Second Law of Thermodynamics”.

On 19 Jan 2012, Roemer was busy, at the SkepticsForum.com, as usual, with his attack on the atheism and evolution views of Richard Dawkins, during which time he emailed Glenn Branch (Ѻ), head of the National Center for Science Education (NCSE) director, on his squabbles, amid which, as he says, Branch “squelched me” by citing American physicist Daniel Styer’s 2008 American Journal of Physics (AJP) article “Entropy and Evolution” (Ѻ), wherein he uses the statistical definition of entropy, i.e. Boltzmann entropy, S = k ln W, admixtured with a microstate of organisms argument, to calculate the entropy change of an evolving organism per second, which he determines to be: [5]

This infuriated Roemer, who would go on to spend the next three years plus focused on an effort to get the American Journal of Physics to recant (or retract) the article. The following seems to be Roemer’s main objection:

“Performing calculations to show evolution does not violate the second law of thermodynamics implies that natural selection explains the complexity of living organisms. The second law of thermodynamics is an absolute truth. It is like saying the chance of getting heads when you flip a coin is 50%. When a tree grows from a seed by absorbing oxygen and carbon dioxide there is no violation of this law. However, the idea of calculating the entropy of the tree and heat flows into the plant to prove this strikes me as being absurd. I may be wrong, but this is how I understood the article.”

“Two American Journal of Physics articles are promoting misinformation. According to the second law of thermodynamics, an isolated system of non-interacting particles will either be in equilibrium or go to a state of greater disorder. In other words, nature goes from the more complex state of speed and location to the less complex state. The two articles report scientific calculations showing that evolution does not violate the second law of thermodynamics. Laymen interpret this to mean that natural selection explains the complexity of life.”

In short, firstly the premise that the "entropy of an organism" can be calculated, let alone calculated at various states of existence in evolution, has a long contentious and debatable history: "entropy of a human" (or human entropy) Siegfried Bernfeld and Sergei Feitelberg (1936), Bridgman paradox (1946), entropy of a mouse, Martin Goldstein (1993); entropy of students in a field [Moriarty-Thims debate, 2009], among others.

Secondly, Styer's argument that entropy of an organism can be calculated, at various states of evolution, at say an initial state entropy Si, e.g. a humming bird in 1925, and a final state entropy Sf, an evolved version of the same humming bird lineage in 2025, via Boltzmann entropy formula, a decent throw at the dart board first attempt calculation, but one that is incorrect in that the "system" involved, according to Max Planck, has to meet the Boltzmann chaos assumption, which evolving system (e.g. social systems) do not, i.e. animals do interact and social systems are not "chaotic" (e.g. like gas phase systems are assumed to be).

Thirdly, Styer's assumption that his calculations shows an measurable biomass "entropy decrease", which in scientific common opinion parlance corresponds to an "order increase", which is assumed, via regurgitation argument, namely the time-honored so-called “local entropy decrease” postulate (Alfred Ubbelohde, 1947), to be less than the entropy increase in the surroundings, thereby meeting the requirements of the second law, that the total system [evolving system + surrounding system] tend towards and increase in entropy, is a finger-holding the **** argument, a bubble greatly in need of cultural explication, such as touched on by Percy Bridgman (1946) and Martin Goldstein (1993), namely explication via human free energy of formation discussion, some of which lightly touched on by Mirza Beg (1987) and Libb Thims (2007); but one that confronts religion with extreme atheism in a way much greater than simpler social heat that Roemer is venting; something that goes back to the deeper revolutionary independent views of Johann Goethe (1809) and Percy Shelley (1814) and how "chemical affinity" (or free energy) and physical chemistry replaces god and gives a new one nature morality basis (see: Church of Elective Affinities).

Hmolpedia
On 26 Apt 2013, Roemer, joined Hmolpedia, started a thread on “Pseudoscience on Evolution and the Second Law”, which was thread-locked after 14 posts because Roemer wouldn't state his Dawkins number; amid which he stated his belief system as follows: [1]

“I believ[e] in God, [which] means believing in life after death. This is the belief of Christians, Muslims,﻿ Jews, Hindus, and Buddhists.”

The central issue here, a common perceptual misunderstanding afflicting over 72 percent of the world, which is dominated by the Anunian theology belief system (Ab-ra-ham-ic theologies/B-ra-hma-ic theologies), is belief, firstly, in the theory of life, which as of 2009 is now classified as a defunct scientific theory (see: defunct theory of life) or as Nikola Tesla correctly put it in 1915:

“There is no thing endowed with life.”

Hence, not only is the theory of life defunct, but the theory of afterlife is also defunct, which is the more problematic area of debate for most thinkers caught in the midst of the science vs religion debate. The solution ongoing heated and tensioned debate is the new physical chemistry based “moral symbols” belief and guidance system introduced in the 1809 coded novella Elective Affinities by German polymath Johann Goethe, namely the moral symbols of physical chemistry, chemical thermodynamics, and quantum mechanics, a chemical-to-human metamorphology theory of form change (evolution) that “novel overturns "everything holy" and is an attack against religion, morality, and the social forms” as German poet Heinrich Heine correctly described it in circa 1810 (see: enemies/admirers).

In other words, in the future, people will no longer turn to the Bible, Koran, and Rig Vida for direction in respect to moral guidance and sense of purpose, but instead will turn to calculations of free energy differentials (see: human free energy), being that through the affinity-free energy equation, proved in 1882 by German physicist Hermann Helmholtz, reaction affinities are now measured by free energy changes of the system, with which, according to Goethe, one can now give quantifiably sound, physical science grounded answers to moral questions such as “should the woman who kills her newly born child suffer the death penalty?” (Goethe’s thesis 55, 1771); see: student reactions for more on this.

Education
Roemer completed his BS in physics in 1964 at Fordham University, his PhD in 1971 with a thesis: “Correction to the Fine-Structure of Positronium”, at New York State University; during which time he studied metaphysics under Norris Clarke. (Ѻ) Roemer then worked in sales and marketing for manufacturers of radiation therapy equipment, for a number of years, and from 1984 to 1994 taught physics and general science and physics at various high schools in Brooklyn, New York, before being dismissed for his disliked teaching methods.