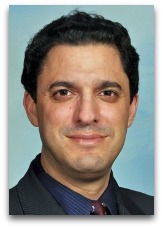 In hmolscience, David Silverman (1966-) (CR:4) is an American atheism activist noted for his 2010 to present efforts, as president of American Atheists, to promote atheism equality, righteousness, and awareness in the United States.

Overview
In Nov 2010, Silverman organized the “You Know It’s a Myth” Christmas billboard in New Jersey, portraying the three wise man (three King Stars) following the bright star (Sirius) to the birth of Jesus Christ (Osiris christened). (Ѻ) In 2012, Silverman organized the Reason Rally at Washington, D.C., which included a key not speech by Richard Dawkins (Ѻ), shown below middle. [3] In Jun 2013, Silverman organized the instillation of the atheism bench memorial outside of Bradford County Courthouse, Florida, in response to the Ten Commandments monument installed on public ground, in violation of the first amendment, the year prior. (Ѻ)

Silverman, of note, considers: Ed Buckner and Dawkins his predecessors or influencers. [3]

In Dec 2013, Silverman, commented in interview, about his attempts to write a chapter, for his draft book, on “Jewish atheism”, which he struggled on, that: [1]

“Judaism is, at its heart, a religion—one that is incompatible with atheism.”

In 2015, Silverman published Fighting God: An Atheist Manifesto for a Religious World, his first book. [2]

Judaism | Atheism
Silverman, born into a Jewish family, asserts (Ѻ) that he became an atheist at age 6, thereabouts becoming open about his disbeliefs; he explains this as follows, during a 2011 Q&A with David Pakman: (Ѻ)

Pakman: Last thing: did you grow up an atheist? When did you ... were your parents atheists? How did this all happen?

Silverman: I could spend a lot more than just a few minutes on this. I was raised in a Jewish home. My mother insisted I was an atheist when I was six. I remember the moment I became an atheist when I was six years old very clearly. Nothing happened to instigate it. I lost god, the Easter Bunny, the Tooth Fairy, and Santa Claus all at the same time. I didn't believe ever. I went to [and] had my Bar Mitzvah as an atheist. And I stood up in front of my friends and my family during my Bar Mitzvah and I said, 'Let us declare the greatness of our god and render honor under the Torah which god gave through Moses as a heritage through the congregation of Jacob...' I had the whole thing memorized, didn't believe a word of it. My mother knew I didn't believe a word of it, but I didn't get a choice, because I was 13. So I went through the whole Bar Mitzvah, I went through the confirmation process as an atheist, and I asked a whole bunch of questions in Hebrew school, and it never stuck. Interestingly, it wasn't until I was 30 years old and New Jersey State Director of American Atheists that my father came out to me and told me he was an atheist.

Education
Silverman completed his BS in computer science at Brandeis University, his MBA in marketing at Penn State University, after which he worked at worked at Bell Labs in the area of telecommunications, prior to engaging in the American Atheists group in 1996 in New Jersey.