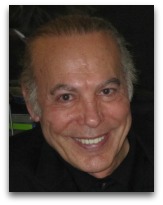 In existographies, Dean I. Hamden (c.1950-) (CR:7) is an American physicist noted for his 2008 to present efforts to ferret out a physics of human behavior model for college students.

Overview
In 2008, Hamden, at BehaviorPhysics.Blogspot.com, began blogging about his new physics of human behavior research project, using students as data.

In circa 2012, Hamden supposedly published a book summary of his efforts entitled The Physics of Human Behavior, based on four years of research, conducted on 500 individuals, in which a number of correlations are drawn out between anecdotal evidence observed in human behavior and some of the various laws and principles of physics.

The six chapter book, some of which is presented at the 2008 BehaviorPhysics.Blogspot.com, is said to touch on the application of various physics subjects, such as Newtons laws of motion, Hooke’s law, the laws of thermodynamics, entropy, Heisenberg’s uncertainty principle, the conservation of energy in relation to economics and wealth, the conservation of momentum, among others, all applied to human behavior, and framed around an end run effort to facilitate guidance on happiness attainment and relationship satisfaction.

Hamden employs terms such as “relational entropy”, elastic constant (of relationships), resistance and uncertainty in relationships, among other theories. The project seems to have involved the students of Montclair State University.

To exemplify a few ideas, Hamden uses Newton’s first law, which says that an object which is stationary or moving at a constant speed will continue indefinitely unless acted upon by an external force, to explain things such as why a parent won’t give money to their child to buy new cloths, the effect of being rejected at a club, arguments that occur between people, marketing, etc., and gives advice on how to use Newton’s law to the advantage.

Hamden defines a single human as “an integral part of nature, not a critical or even an important part, representing [as] a very complex composition of atoms and molecules, constituting multiple cell structures and organs communicating together and functioning as a whole.” In regards to choice and human response to stimuli, he states “the process, by which man responds to a signal, is not random, but rather controlled by a set of natural laws of quantum mechanics and electrodynamics.”

Education
Hamden completed his BS and MAT at Fairleigh Dickinson University and PhD at Walden University. Hamden currently is a physics professor at Montclair State University, NJ, in the mathematical sciences division. In 2013, in his faculty page profile, Hamden listed the physics of human behavior and happiness as his research areas. [2]
-
See also
● Dan Cobley