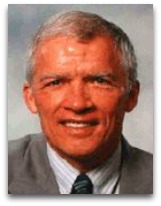 In existographies, Dean Simonton (1948-) (CR:21) is an American social psychologist noted for his 1980-present genius studies work, particularly those of American Presidents.

Race | IQ
Simonton has done a certain amount of work on “race”, which he calls an “extremely slippery concept” and IQ. In his “Race and Racism” section of his 1994 Greatness: Who Makes History and Why, he comments about how someone in the 1930s calculated an IQ 200 estimate for a 9-year old African-American girl. [2] In 2009, one of his articles received an Award for Excellence in Research, for a study of the association between childhood giftedness and adulthood genius in a sample of 291 eminent African Americans. [3]

Presidential IQs
The following, below right, are the top 16 smartest American Presidents according to Simonton's 2006 study, as compared to a 2013 colloquial poll, below left, conducted by American genius studies scholar Libb Thims, the results of about 25-35 people who were the in-person queried with: "Who are the Three Smartest American Presidents", of which 18 were able to give answers: [6]

Simonton, curiously, seems to consider John Adams to have the highest IQ, ahead of Thomas Jefferson (who he ranks second in intelligence), which is odd being that Jefferson was often known as a walking encyclopedia, interested not just in political science, but also natural science, philosophy, and atheism/religion conflicts. While John Adams may very well have been the patriarch in the creation of his two cultures genius protege great grandson Henry Adams, the second greatest of the social Newtons, it remains to be seen of Adams senior was sharper than Jefferson.

Education | Creativity
In the 1980s, Simonton conducted a study of geniuses, creative geniuses vs. leadership geniuses, and educational level for each. The following is The following is Simonton’s 1983 “Formal Education, Eminence, and Dogmatism: the Curvilinear Relationship” diagram, showing the eminence (of the 301 Cox geniuses) versus level of formal education, shown adjacent to a verbal synopsis of his findings: [1]

Education
Simonton completed his BA in 1970 in psychology at Occidental College, and his MA (1973) and PhD (1975) both in social psychology at Harvard University, the latter of which he traces his academic lineage (Ѻ), supposedly, back through James Cattell, Wilhelm Wundt, and William James. Simonton currently is a psychology professor, teaching courses on the history of psychology and genius and creativity, at the University of California, Davis.