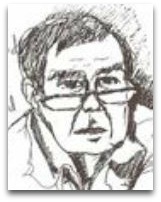 In existographies, Richard E. Hammond (c.1938-), commonly known as Dick, is an American writer and energy science educator noted, in human thermodynamics education, for his publications on "entropy ethics" and efforts to develop an energy education program for students using a thermodynamic-based type of "moral education". [1] Hammond’s view of human development and entropy is that: [3]

“Each human must grow and develop from a single fertilized egg to an open, low-entropy, complex, flexible, highly organized system.”

In this view, Hammond considers it the role of education to facilitate this process. As to noble behaviors and entropy, Hammond states: [3]

“Writing, painting, sculpture, the crafts, architecture, drafting, building and technologizing are acceptable in all cultures [and] their nobility comes from [the fact] that they are anti-entropic, since they locally reduce entropy.”

In short, entropy ethics is a theory, developed by Hammond in the late 1970s, which argues that what is "ethical" in human life are those processes that lead to a reduction in entropy (or disorder, as Hammond equates the two). Although an interesting approach, Hammond's theory is steeped in difficulty on the assumed equivalence of information theory and the laws of thermodynamics and the relavence of the Boltzmann equation S = k ln W in human life, which is not a gas phase system.

Hammond's postdoctoral mentor was Belgian chemist and thermodynamicist Ilya Prigogine. Under his influence, Hammond completed his Ed.D. thesis in 1978 on Analysis of Entropy Reduction and its Implications for Ethical Instruction in Public Education also published as a book. [2] Aside from Prigogine, scientists considered by Hammond as revolutionaries, for their publications and conceptions about entropy, include: Ludwig Bertalanffy, for his 1968 General Systems Theory, Jeremy Rifkin, for his 1980 Entropy: a New World View, and Jarvey Leff and Andrew Rex for their 1990 Maxwell's Demon: Entropy, Information, Computing, and Mihály Csíkszentmihályi for his 1994 The Evolving Self. [3]

Hammond studied science education at Indiana University obtaining a BA in 1960 and a MAT/MS in 1966. He earned his Ed.D. from the University of Arkansas. He taught K-12 science for ten years and later became a professor of curriculum and instruction at Southwest Texas State University before returning to study as a post-doctoral student under Nobel Laureate Ilya Prigogine at the University of Texas from 1977 to 2003.

In 1988, Hammond published the book Human System from Entropy to Ethics in which he endeavors to help educators classify energy, list the basic binding forces in the universe, compare the laws of energy and the laws of information, know how information differs from knowledge, conceptualize energy flow, teach how systems are classified, explain the differences between personal beliefs and scientific theories, comprehend how they use the "entropy ethic" and why they should. [3] The proceeds of his book go toward scholarships for students studying communication disorders. [1]

As to the evolution of life, information theory, and thermodynamics, Hammond states that “what has been discovered are a new set of laws which necessarily evolved for life to cope with the laws of thermodynamics”. He then gives the following three information laws:

These, to note, are similar to Italian philosopher Luciano Floridi’s four principles of information ethics.

Difficulties on theory
The central difficulty on Hammond’s idea of teaching a theory of entropy reduction is that his presentation is given at what generally seems to be a kindergarten or elementary school level of discussion, geared towards ages 5-8, replete with all sorts of unsubstantiated claims about how people should act, behave, and grow according to what Hammond freely declares to be “entropy reducing”. He states, for instance, that “stealing, suicide, and other forms of self and structure mutilation cannot be sanctioned from an analysis of entropy reduction”, but gives this statement without any kind of thermodynamic substantiation other than a repeated mantra that order is good and disorder is bad.

Regarding Hammond's connection of information to thermodynamics and his ideas on laws of information, he seems to be going down the wrong path. He reasons that “information, genetic or learned, is inversely proportional to entropy”, and states, for instance, that information storage, information replication, information transmission, and information retrieval are components of information which allow it to “dominate over the second law.” [3] Lastly, Hammond, who writes that the statement of entropy of the universe tending to a maximum was declared in the 1850s (correct April 24th, 1865), is one of a number of authors (e.g. Ilya Prigogine or Pierre Perrot) who write books and textbooks about thermodynamics or entropy, yet incorrectly state when and how the term entropy was coined.