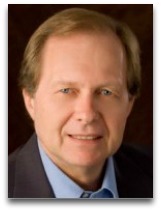 In hmolscience, Dickey Eason (c. 1965-) is an American social dynamics theorist noted, in human thermodynamics, for his 2009 proton-electron modeled dynamic driving stylized civilization theory, albeit one that is presented in a an blurry mixture of amateurish, laymanized, and anthropomorphized ideology that it is a "male (proton) versus female (electron) universe".

Overview
In 2009, Eason, in his The Impacts Dynamic, attempted to explain human history and behavior using the energy dispersal view of the second law postulated to be the basic driving force for both society and the universe, intermixed with a elementary type of human chemical bonding model in which he extrapolates atomic bonding models, e.g. of protons bonding with electrons, up to the human-human interaction scale, particularly in how male and females find stability in their bonding as a sort of needed energy. [1] The following is back-cover excerpt:

In short, Eason posits that human behavior parallels that of physical molecules and compounds and that each has been driven by the same compelling forces for millennia. In this scheme, Eason seems to be digging around at the concept of the human molecule, but does not specifically use this term. Interestingly, much of Eason’s theory surrounds an effort to explain the thermodynamic underpinning to the dynamics involved the various tribal groups in Africa.

Impacts
Eason uses the term “impacts” over and over again in his book, follow up writings, and interviews. He defines this term as such: [2]

“The ‘impacts’ are a group within human populations that take the responsibility for answering critical needs—just as the shaman did. The San-shaman and the remainder of the San tribe are the progenitors of the personality profile that developed into the impacts. The impacts generally are androgynous—just as the San and shaman were. Seeing that this profile was the fuel for the human race, I traced it back to the valence electron—which according to the way I see things is also androgynous. The proton is male – the electron is female. So while the valence electron is at its basis female, it also has strong influence from the male proton. The same is true for the impacts group—they are androgynous but lean heavily to the female orientation. I think it is a male (proton) versus female (electron) universe.”

One interesting point of argument developed by Eason is the view that in history certain tribes or civilizations have been utilized by other larger civilizations sort of energy work horses, the way the Pyramids were said to be built by slaves, in the same way that, according to the endosymbiotic hypothesis, cells in evolutionary development incorporated other smaller work horse type cells or bacteria, turning them into ‘mitochondria’, or energy engines of the cells.

This type of argument gives some possible insight into the further understanding of how Fritz Lipmann’s 1941 energy coupling theory functions in the dynamics of social operation.

Education
Eason completed his BA in economics from North Carolina State University and works as a small business entrepreneur. In 2000, Eason entered into a quest to understand customer dynamics and in so doing followed his insatiable curiosity to better understand how about how and why the world and universe works the way they do, particularly in terms of modern universal physical theory. During the writing of his book, to note, Eason consulted American theoretical physicist Frank Wilczek, noted for his co-win of the 2004 Nobel Prize for discovery of asymptotic freedom in strong interactions, on various physics questions.

Difficulties on theory
One issue of difficulty in Eason's theory is his predominant use of the energy dispersal perspective of the second law of thermodynamics, which is not necessarily pure Clausius-based thermodynamics but rather a verbal interpretation of the second law, promoted by those as English physicist William Thomson (1850s) and American chemist Frank Lambert (2000s).

A second difficulty on theory, is that Eason's human chemical bonding theory, although a step in the right direction (as these types of theories are rare), and possibly correct in some areas, seems to be a very elementary verbal extrapolation of the simple proton-electron bond, on the logic that the proton represents a sort of 'male energy' and the electron represents a sort of 'female energy' and that the two need each other.

This, male energy / female energy model, based crudely on atomic compositions, is similar to Joseph Dewey's 1988 theory as found The Molecule Relationship.