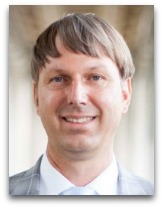 Overview
In 1994, Helbing, as cited by Yi-Fang Chang (2013), developed a mathematical model for behavioral changes under the influence of a social field. [1]

In 1995, Dirk Helbing, in his Quantitative Sociodynamics, outlines a social force model, oft-cited in the crowd dynamics studies, according to which the motion of pedestrians can be ascribed to a combination of a driving force, that reflects the person’s internal motivation to move in a given direction at a certain speed, and repulsive forces describing the effects of interactions with other pedestrians and boundaries such as walls or obstacles in streets.

Quotes | By
The following are quotes by Helbing:

“It is suggested that the motion of pedestrians can be described as if they would be subject to ‘social forces’. These ‘forces’ are not directly exerted by the pedestrians’ personal environment, but they are a measure for the internal motivations of the individuals to perform certain actions (movements). The corresponding force concept is discussed in more detail and can be also applied to the description of other behaviors.”