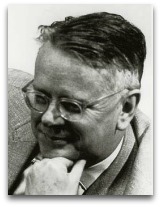 In existographies, Dirk ter Haar (1919-2002) (CR:6) was a Anglo-Dutch physicist, noted for his Elements of Statistical Mechanics, a classic statistical mechanics textbook that argues firmly against any identification of information with thermodynamic entropy, and also for his c.1963 initiative to have 21 classic articles on the nature of gasses, heat, and irreversibly translated into English and printed in one book, for the sake of researchers.

Overview
In c.1963, Haar initiated a series called "Selected Readings in Physics", which he edited for Pergamon Press, wherein he orchestrated a collective of 11 classic papers on the "nature of gases and heat" (part one), with papers by: Robert Boyle, Isaac Newton, Daniel Bernoulli, George Gregory, Robert Mayer, James Joule, Hermann Helmholtz, Rudolf Clausius, and James Maxwell, and 10 papers on "irreversible processes" (part two), by James Maxwell, Ludwig Boltzmann, William Thomson, Henri Poincare, and Ernst Zermelo. The project was eventually finalized in by Stephen Brush, who had begun to interact with Haar as a graduate student at Oxford in 1953, who in 2003 added a part three "historical discussion" and part four: a guide to historical commentaries: kinetic theory of gases, thermodynamics, and related topics. [3]

Quotes | By
The following are quoted by Harr:

“The relation between entropy and lack of information has led many authors, notably Shannon, to introduce ‘entropy’ as a measure for the information transmitted by telephone lines, and so on, and in this way entropy has figured largely in discussions in information theory. It must be STRESSED here that the entropy introduced in information theory is not a thermodynamical quantity and that the use of the same term is rather misleading.”