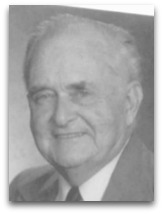 In existographies, Donald Cardwell (1919-1998) (IQ:145|#714) (CR:48) was an English physicist and science historian, focused in the area of the history of heat theory, history of steam engines, and history of thermodynamics, noted for for []

Overview
In 1963, Cardwell, in his Steam Power in the Eighteenth Century: a Case Study in the Application of Science, gave discussion of James Watt, and seemingly a history of eighteen-century steam engine development. [2]
-
In 1971, Cardwell, in his From Watt to Clausius: the Rise of Thermodynamics in the Early Industrial Age, gives a very-cogent and well-referenced history of thermodynamics, from basically the period of Joseph Black and the various theories of heat in that period, followed by a good amount of detail on the Watt engine, indicator, and indicator diagram, up through Sadi Carnot, Emile Clapeyron, William Thomson, and finally Rudolf Clausius. [1]

Tait
Cardwell, of very accurate discernment, devotes about the last eight pages of his Watt to Clausius, to highlight the damage done by the mis-represented and confused Angelo-Irish-biased historical writings of Peter Tait, particularly his Sketch of the History of Thermodynamics (1868), wherein he attacks Robert Mayer’s work on the mechanical equivalent of heat as basically worthless, that Clausius is subordinate to Kelvin, presents an incorrect explanation of entropy, which later famously confused James Maxwell (he had to “correct” his later edition of Theory of Heat); his claim that “Newton is the true originator of the doctrine of energy” (1877); among numerous other issues; the following are a few quotes:

“I would rather see you and Clausius friends than Zollner and myself. Trust me, Clausius is through and through an honest, high-minded man.”

“What Tait was doing, in fact, was perpetuating the Robinson-Playfair tradition (Ѻ) of writing history to suit one’s [philosophical and religious] presuppositions of things ought to have happened.”

“Tait’s was seemingly indefatigable in his vendetta against the unfortunate and quite inoffensive Mayer. In 1876, he published, in the Philosophical Magazine, a translation Mohr’s paper of 1837 explicitly to denigrate Mayer’s work.”

“Tait’s efforts can be seen to be fundamentally and deplorably obscurantist.”

“Tait was a very poor historian and an unreliable interpreter of science.”

Cardwell even goes on to claim, in a very penetrating argument, using the fragmentation of knowledge problem (see: hydraism; doctrinary departmentalism, anti-interdepartmentalism, demise of the universal genius phenomena [see: last universal genius; last person to know everything, etc.), which he says began in 1851, and its effect on the education of young minds in the last century, that it is, in fact, directly because of Tait in his influence, namely Tait is why (a) Clausius is not taught in modern textbook, and (b) why no modern 20th century person understands entropy, which occurred because Tait washed over the second law with William Thomson’s verbal purview on things.

It is almost, as though, Cardwell's From Watt to Clausius, which seems now to be the best and most coherent history of thermodynamics books to date (in fact, it seems, to be the ONLY English-written book that has ever given a cogent summary of origin of entropy in the theories of Clausius, as found in and based on his transformation content modes), was written in direct reaction to Tait's very-poor and country-man biased skewed Sketch of the History of Thermodynamics?

Education
Cardwell completed a degree in physics from King’s College, London, in 1939. After serving in the Second World War, he took history of science courses at the University College London and sociology seminars at the London school of Economics. In 1964 he joined the University of Manchester Institute of Science and Technology. [3]

Quotes | By
The following are noted quotes by Cardwell:

“The student is usually introduced to the concepts of thermodynamics—the Carnot cycle, the principle of reversibility, the idea of entropy—in a way which does some violence to credibility. After having been taught science in terms of the highly abstract systems of mechanics and optics, and a science of heat concerned with the exact measurements of such abstract quantities temperature and specific heat, he is suddenly asked to accept a mysterious and entirely unrealistic engine of an almost completely impracticable nature as a fundamental concept of science. The introduction of the idea of entropy is almost equally abrupt. How or why such a system of thought was invented is never explained: the student is asked to take it or leave it. The natural reaction on the part of all but the most remarkably able on the one hand and the most gullible on the other is, surely, to feel that if this represents scientific thought then it is something the student is entirely unfamiliar with; and this is a conviction that he may never lose.”