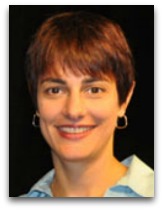 Interestingly, Riley’s book, which she describes as a “textbook companion” for engineering thermodynamics students and teachers, and two-cultures style teaching approach, e.g. her course EGR 205 (Science, Technology and Ethics), seems to be one of the first by an American chemical engineer to actually begin to attempt to bring about a “paradigm shift” in the standard American engineering school teaching framework. In her own words: [2]

“I seek to revise engineering curricula to be relevant to a fuller range of student experiences and career destinations, integrating concerns related to public policy, professional ethics and social responsibility; de-centering Western civilization; and uncovering contributions of women and other underrepresented groups.”

This effort seems to be along the lines of American electrochemical engineer Libb Thims nascent efforts to establish America’s first two-cultures university teaching department, reminiscent of a combination of Henry Adams 1910 “A Letter to American Teachers of History” and Leon Winiarski’s 1894-1900 social mechanics course at the University of Geneva.

Education
Riley completed her BS in chemical engineering at Princeton University in 1993, her MS in circa 1996 with a thesis “Optimization of Sulfur Removal in a Pressurized Fluid Bed Combustion Power Generation System” and PhD in 1998 with a dissertation “Human Factors in Exposure Analysis for Consumer Paint Stripper Use”, both at Carnegie Mellon University. Since 2001, she has been an associate engineering professor at Smith College.