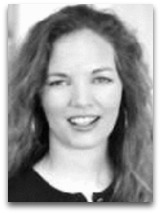 In existographies, Dorothy Murdock (1960-2015) (IQ:160|#435) [RGM:1,452|1,500+] (FA:200) (RMS:109) (CR:62), aka “Acharya S” (pen name), D.M. Murdock, or "Dori" (to friends), was an American self-taught independent religio-mythology scholar, of sorts, noted for a number of Christianity and or Hinduism debunking publications, where she attempts to trace modern religions back to ancient mythologies, Egyptian mythology in particular, astro-theology in large part.

Overview
In 1999, Murdock published her first book The Christ Conspiracy: The Greatest Story Ever Sold, arguing the concept of Jesus Christ as myth and that the Christ story is a fabrication.

In 2009, Murdock, in comparative mythology and religion, in her The Gospel According to Acharya S., penned a section entitled “Abraham is Brahma? Moses is Dionysus?”, wherein she makes the difficult Abraham = Brahma connection (see: Abraham and Brahma). [2]

Zeitgeist
In 2007, Murdock functioned as the main consulting author for the so-called “Christ myth theory” portion of the viral Internet documentary Zeitgeist (Ѻ), by Peter Joseph, in a popular way. [1] In the decade to follow, the film, fortified with Bill Maher's Horus = Jesus connecting film 2008 Religulous, have been one of the most successful attacks on the core of Christianity since "new atheism" and Darwin.

In 2012, Christian apologeticist Mark Foreman, a professor of philosophy and religion at Liberty University, penned a chapter “Challenging the Zeitgeist Movie: Parallelomania on Steroids”, where he claims to have dismantled all the Christ myth claims of Zeitgeist film. Foreman, in his opening chapter, recalls that it was one of his students who had begun to question his Christian faith who approached him, after a class one day, that pointed the film out to him. The student commented:

“They really backed up their claims with all sorts of evidence, Dr. Foreman. I don’t know what to believe anymore. Is it true? Is all this stuff I was taught in church just a big hoax?”

In 2013, Foreman followed this up with some type of video-recorded public lecture on his Zeitgeist debunking efforts. [6]

Education
Murdock is an autodidactic, i.e. “self-taught”, and compares herself to Gerald Massey and Abraham Lincoln in this sense. At an early age, she had “developed a fascination for learning certain subjects at an early age”, that around age 3 she began to pour over comics, cartoons, National Geographic magazines, etc., in her family’s small library, on characters such as Zeus and Hercules, and books on mythologies in general. In second grade, or so, she was put into some type of gifted program from high IQ children, stating that she was then reading at a rate of 600-words per minute. [3]

As a child, Murdock developed an interest in Greek mythology, which evolved into her life's work exploring, writing and teaching about the origins of religion, mythology and astrotheology. [8]

At age 11, Murdock developed a fascination with the work of British paleoanthropologist Louis Leakey, noted Christian human evolution in Africa archaeologist. [4] At age 14, Murdock relocated with her father, a psychology professor, assigned to an American battleship, to Greece, where she saw the Temple of Zeus in Athens, deciding thereafter to study this field in college.

In c.1983, Murdock completed a BA in “Classics and Greek Civilization” at Franklin & Marshall College, Pennsylvania. She then spent a year at the American School of Classical Studies, Athens, doing post-graduate work in Greek mythology.

In c.1984, Murdock, after returning from her study abroad, and being a “little bit pathless”, as she said, was at the Bodhi Tree Book Store (Ѻ), in Las Angeles, and came across Joseph Wheless’ Forgery in Christianity, at which point it “all came together”. [12]

Murdock then spent a number of years doing independent research in the areas of: Christian origins, archaeology, comparative religion, mythology, astrotheology, and archaeoastronomy.

In 1995, Murdock launched TruthBeKnown.com (Ѻ), wherein she began to make her views public.

“As concerns my credentials and continuing education, I would like to consider my book Suns of God [2004] in particular a PhD thesis in the subjects of comparative religion and astrotheology. In this regard, I sincerely hope that these important subjects become increasingly popular and taught in colleges and universities, and that others may be able to obtain relevant and appropriate credentials therein.”

Atheism | Religion
Murdock, who was a member of Michael Murdock’s Human Rights for Atheists, Agnostics and Secularists organization, is characterized as a sceptic, free thinker, and feminist. [7] Murdock, based on her work, seem to classify as some type of astro-spiritual philosopher, but not explicitly aligned with openly declared atheism, seemingly.

“An atheist by the name of Dorothy Murdock (who often calls herself Acharya S.) has claimed to be able to demonstrate that the pagan gods Horus, Dionysius, Mithra and even Buddha were said to have been born of a virgin on December 25th (which she mistakenly presumes to be the Biblical position on Jesus' birth), laid in a manger, visited by shepherds and angels, a prodigy at age 12, to have walked on water, been crucified and risen.”

Theists at TheRefinersFire.org, who claim to have done battle with her, likened her as “hopelessly entrenched in her atheistic convictions.” (Ѻ)

Reaction end
Of interesting note, Murdock met her reaction end on 25 Dec 2015, i.e. the sun rebirth day, aka Christmas Day, with her best friend and son by her side. [8] Here, it is not too difficult to conjecture that this day was chosen by Murdock, symbolically, per reason that most of her life's work was devoted to debunking the Christ rebirth myth associated with this day. English theist blogger Roger Pearse, in his “In Memoriam: Acharya S.”, described the irony of her last day as such: [10]

“On Christmas Day 2015, she died. She was 55 years old, and died of cancer, leaving a 13-year old son. That she should die on 25 Dec [compare: July 4th and Thomas Jefferson and John Adams] was itself full of irony. Acharya S was certain, certain with a degree of certainty that would appall most of us, that Christmas Day was a fraud: that Jesus of Nazareth never lived, and that the day was in fact the birthday of a huge number of pagan deities – Attis, Mithras, Adonis, Osiris, Horus, and so on. So she wrote, and so she preached with a fierce fervor that contradiction only strengthened.”

Her tombstone, shown adjacent, has a sun with a face in it, similar to Ra and or its later derivative Akhenaten's sun disc god Aten, in some sense. [9]

Quotes | By
The following are quotes by Murdock:

“Older religio-mythology books, from longer ago, have the most interesting research, as compared to modern books, which are very sanitized and the products of fairly dull thinking. The older books, from before the WWII era, from the late 18th century until that era, in English, were extremely well-written, the English was very well thought out and taught. The education was obviously superior.”

“Indeed, it is my contention, and that of others deemed ‘Jesus mythicists’, that the creators of the gospel tale picked various themes and motifs from the pre-Christian religions and myths, including and especially the Egyptian, and wove them together, using also the Jewish scriptures, to produce a unique version of the "mythos and ritual." In other words, the creators of the Christ myth did not simply take an already formed story, scratch out the name Osiris or Horus and replace it with Jesus. They chose their motifs carefully, out of the most popular religious symbols, myths and rituals, making sure they fit to some degree with the Jewish "messianic scriptures" as they are termed, and created a new story that hundreds of millions since have been led to believe really and truly took place in history. We are convinced, in other words, that ‘Jesus Christ’ is a fictional character created out of older myths, rituals and symbols.”