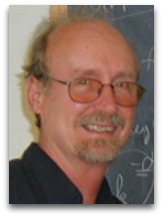 In hmolscience, Douglas R. White (1942-) is an American anthropologist noted, in sociological thermodynamics, for his 2000 thermodynamics based sociology course taught at the University of California, Irvine.

Overview
In 2000, White, at the University of California, Irvine, via his online article “Thermodynamic Principles for the Social Sciences: an Introduction”, was teaching an Arthur Iberall based sociology-anthropology course; the following being White’s general view: [1]

“Hierarchical systems are ubiquitous in nature and society. They require variably long time scales for the interactions among their diverse elements to unwind towards thermodynamic equilibrium. The unwinding of long-span (e.g. solar) systems fuels the wind-up of shorter-span (e.g. living) systems. Stacks of such complex systems comprise the universe—physical, biological, and social—as we know it.”

In addition, "life", according to White, "is a special case of self-organizing systems where it is thermodynamic stacking that is doing the organization.” In outlining human chemical bonding, White states: [2]

“If we consider atomism as a system that is difficult to break up, an experimental observation equally applicable to social groups and social bonds, there is energy in the bonding of atomic constitution, and when that bonding is broken that energy is released.”

White is member of the Santa Fe Institute.