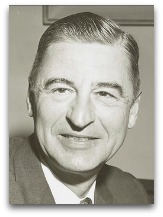 Pen name
In 1930 to 1932, Geisel, in his College Humor series “Animals Every Student Loves”, would sign his articles via the pen name: “Doctor Theodophilus Seuss, Ph.D., I.Q., H2SO4”. [1] This, supposedly, was done in a way to poke fun at the long-standing pompous credentiality trick.

Things
In 1957, Seuss, in his The Cat in the Hat, introduced the characters “thing one” and “thing two”, that were released from the box that the cat brought in to introduce to Conrad, Sally and the fish.

In 2018, Libb Thims, in his “Thing Philosophy” lecture, taught two kids a thing one to thing five stylized “thing philosophy” view of the world. [2]

Other
In 1985, Christopher Hirata, age 3, was reading the Dr. Seuss series to himself, able to recite the alphabet backwards, and had coded the alphabet sequence numerically, e.g. that the letter ‘O’ was 15th in the sequence.

Quotes | On
The following are quotes on Geisel:

“My IQ is somewhere between Dr. Seuss, who in 1931 claimed an IQ of H2SO4, and Dr. Faustus, who in 1514 sold his soul to the devil for truth, knowledge, and power; the embodiment of the latter found in the mind of Goethe, who in 1809 professed that he and his wife were like CaCO3 (limestone), who when put into contact with H2SO4 (Captain) have no “choice” but to debond, and who in 1926 became the first ever person ranked [Cox] with an IQ of 225.”

Quotes | By
The following are quotes by Seuss: