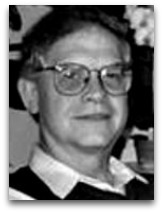 In hmolscience, Duncan Foley (1942-) is an American economist noted for his efforts to bring thermodynamics logic, e.g. equilibrium, into bear in economics theory, in a semblance of Gibbsian themed economic thermodynamics.

Overview
In his 1994 “A Statistical Equilibrium Theory of Markets”, he began discussing the thermodynamic notion of equilibrium as a conceptual tool in economics. [4]

In the late 1990s, Foley was the one who suggesting to American physicist Wayne Saslow that he write his 1999 article “An Economic Analogy to Thermodynamics”. [1]

In the 2000s, Foley began collaborating with American physicist Eric Smith, to produce a number of papers. In 2002, they showed, supposedly, that theoretically one can create reversible economic transactions at the point which consumers are indifferent to trade and maintain constant utility. [3] This excursion, however, seems to have no relation to the manner in which reversibility is defined in thermodynamics.

Education
Foley completed his BA in mathematics in 1964 from Swarthmore College and PhD in economics from Yale in 1966 with a thesis on “Resource Allocation in the Public Sector”. Foley is currently an economics professor at the New School for Social Research, New York, and also associated with the Santa Fe Institute.