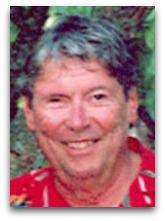 In existographies, Ed Stephan (1939-2008) (CR:25) is an American sociologist noted, in sociological thermodynamics, for his 1977 to 1995 in attempt to formulate, with chemist George Gerhold and physicist Louis Barrett, a physics and chemistry based model of sociology and demographics.

Overview
In 1975, Stephen, on a one-page scratch paper, developed some type of logarithmic based “time-minimization explanation for the -2/3 size density slop” (Ѻ), for social populations; which was published in the Apr 1977 issue of Science. (Ѻ)

In 1977, Stephan began to make efforts to understand population distributions via physics, when after giving a talk about his research on size density to members of the science department of Western Washington University, the physics department chairman Louis Barrett began to discuss with him ideas on the physics behind the forces shaping populations, speculating on questions, such as: 'whether humans were fermions or bosons', later giving Stephan a copy of Arthur Beiser’s textbook Concepts of Modern Physics, to pursue the study further.

In 1980, Stephen and American chemist George Gerhold began to ponder how the Gibbs fundamental equation, of the form: [1]

where E is the energy, S the entropy, p the pressure, V the volume, μ the chemical potential, and N the number of particles of the system, applies to sociological systems of people. Some of the questions they speculated at include: [2]


“What is the total time in a social system? At the level of particles, temperature is just velocity of movement. I sense an analogy between temperature in physical systems and the technology of transportation and communication in social systems. Modern societies are 'hotter'. Big cities (high interactance centers) are 'hot': People, commodities and ideas move around faster. 'Hot' regions subdivide territory more thoroughly than 'cool' ones.

And what is entropy — unpredictability? is that what we call freedom? What is the social equivalent of the product entropy-times-temperature? Freedom of movement? What do pressure and volume suggest, if anything?

Could the raw product kNT be given some sociological meaning? Do humans have something like chemical potential, some sort of (bonding) potential? Maybe the last two terms in could be combined into something with a meaning specific to sociology. Combining them into -N(1 + α), with N as a population — what would be the sociological significance of the factor -(1 + α)/β? Could the value for β computed above in the case of urban population distributions (β = 2v/xμ) have any application?”

In answer to some of these questions, he says that he didn't or doesn’t know.

In 1995, Stephan penned an online book The Division of Territory in Society, wherein he outlined the results of his sociophysics and physiochemical sociology investigations.

Education
Stephan completed a certain amount of undergraduate work in chemistry at the University of San Francisco, California from 1957 to 1959, before switching over to political science, completing his BA in that subject in 1965 at San Francisco State University. Stephan completed his PhD in sociology at the University of Oregon in 1970. [2] He joined Western Washington University, during the course of which becoming chair of the sociology department, retired from the sociology department there in 2001.