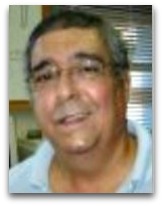 In existographies, Edison Bittencourt (c.1941-) (CR:6) is an Brazilian-born American chemical engineer noted, in human thermodynamics, for his 1999 presentation advocating the teaching of the thermodynamic imperative to chemical engineering students, during which time he proposed to define living beings and ecosystems as "open, coherent, purposive, irreversible" systems or PICO systems, and for his 2011 paper “From Modern Thermodynamics to How Nature Works”, in which he argues that societies, economies, and ecological aggregates are emergent ordered dissipative structures and that nonlinear irreversible thermodynamics is the key to understanding these structures, in particular the problem of sustainability. [1]

Beatty
Bittencourt, in his 2007 article “Thermodynamics of Irreversible Processes and the Teaching of Thermodynamics in Chemical Engineering”, states that he spent "many hours of interesting discussion" in the early 1970s in talks with American chemical engineer James Beatty on problems discussed in this paper, which include the application of thermodynamics to problems including the creation of order and seeming purposive processes observed in biology (powered-chnopsology), sociology, and economics. The conclusion of their recommendations are as follows: [3]

“Consolidation—of thermodynamics currently taught in physics, chemistry (general and physical), and chemical engineering (material and energy balances and a separate thermodynamics course), which often may involve a wide disparity in nomenclature, conventions and rigor—is recommended to be handled by the chemical engineering faculty ... with simultaneous and substantial incorporation of the thermodynamic [discussion] of the creation of order and complexity due to [seeming] purposive processes observed in biology, sociology, and economy.”

Education
Bittencourt completed his BS in textile chemistry in 1971 and PhD in chemical engineering in 1975, with a thesis on “The Preparation of Reverse Osmosis Membranes and Their Properties”, at North Carolina State University, based on the thermodynamic work of Lars Onsager. [2] Bittencourt currently is a professor at the Universidade Estadual de Campinas, Brazil.