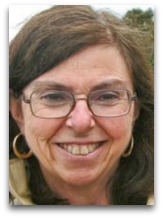 In existographies, Edith Stern (1952-) (SWE:22) is an American forced prodigy turned mathematician and telecommunications engineer, known famously for her involvement in the “Edith Project”, an experimental effort by her father Aaron Stern to turn her from birth into a genius.

Overview
In 1952, when Edith was born, her father Aaron Stern, who was in the middle of being in and out of hospitals, related to cancer of the mouth and some WWII concentration camp issues, decided that he would devote his total energy into maximizing the education of his daughter; the following is an example synopsis:

“Always a meticulous person, [Aaron] Stern says he had been hospitalized 170 times. He could not work. What he decided to do was raise and educate Edith. This was his job. He devoted full time to it. He calls his technique ‘total educational immersion’. He says that intellectual growth begins at birth and ends with death. In between is nothing but promise. With Edith he wasted not a minute. There was no such thing as a simple walk. A building was a reason for a lesson in architecture; a picket line meant a lesson in civics. He demanded all of Edith's time. He saw her face when she was being nursed and he said this would be the perfect time for learning. So he took her from her mother's breast and fed the baby himself. It gave him more time to teach.”

In fact, Two days after Edith was born, Aaron Stern, supposedly, held a press conference declaring in front of reporters that he would make her daughter into a genius.

In this end, before age one she was doing “calculations” (V) and speaking full sentences. Specifically, she could communicate with flash cards at eleven months old; and was able to use the cards to say how old she was. At age one, she was able to speak simple sentences and identify letters on flash cards. At age two, Edith knew the entire alphabet.

By age 3, Edith was playing chess and solving arithmetic problems; by age 4.5 four, she read straight through volume one of the Encyclopedia Britannica (Ѻ), and by age 5 had read through the entire set. [2] She also, supposedly, had learned algebra by this age. At age 5, she was tested for her intelligence level, and she scored between 196 and 205 IQ.

Aaron Stern motivated his daughter by the use of colorful posters, flash, cards, and an abacus--which made math concrete and easier to grasp. Every moment was a learning opportunity—even a walk to the grocery store. (Ѻ) At the earliest opportunity, he began using travel posters, classical music, ethnic dolls, counting and spelling blocks and many other things to engage the attention and interest of his daughter Edith Ann Stern when she was just a few weeks old, and still in her play-pen. Using these as a focus, he would explain many concepts of life in very simple terms, teaching her ethics and compassion for all races, elementary mathematics, simple concepts of physics such as leverage, auto mechanics and a wide range of other mind-expanding experiences of everyday life. When they would go out for a walk, he would push her in her baby carriage and explain what different signs meant, and when they would pass a construction site, he would explain simple concepts of physics like leverage, and how it was being used there. When they passed a picket line, he would use this as an opportunity to explain labor-management relations concepts. EVERYTHING that caught her attention was used as an opportunity to further educate her, and expand her understanding of concepts and how her world worked.
By age 6, she was reading six books per day; by age 8, had read Plato, Freud, and Darwin.
In 1964, Edith, age 12, enrolled in college; by 14, she had obtained her associates degree at Miami-Dade Jr. College; by age 15, she completed a BS in mathematics at Florida Atlantic University; by 15, she was an assistant professor of mathematics at Michigan State University (MSU); by 18, she had competed her MS in mathematics at MSU.

As an adult, she went to work at nascent IBM family of real-time computing, enabling services such as direct dialing (1 + phone number) in areas where existing services were only handled by telephone operators; and custom calling features, such as *69 to return the last unanswered call received. Edith Stern eventually became a VP in the Research and Development Department of IBM. Stern, in 2012, in received the ASME Kate Gleason Award for lifetime in engineering, for her work at IBM, and her 128 US Patents. (Ѻ)

Aaron Stern
Aaron Stern, to give some background, could write in six languages, was a teacher of some sorts after the war, for a period, and was associated with Einstein, who arranged for his Mayo Clinic treatments and came to visit him in the hospital. [1]

In 1973, Aaron Stern, in his The Making of a Genius, wrote about of how he spent time with his young daughter in NYC, teaching her to read in grocery stores. They made museum trips on Sunday and talked about everything they saw from the time they left home until they returned. He emphasized how he always asked open-ended questions and asked his daughter to do research.

Family | Strain
With Edith being in the public spotlight from age 12 (1964) to age 24 (1976), strains, supposedly, resulted in the structure of the family. In 1977, Edith told reporters that her mother apparently "doesn't understand" and that she was a "nasty little thing". [2] A South Florida newspaper reported that Aaron Stern and his daughter were not speaking toward the end of his life (reaction existence).

Quotes | On
The following are quotes on Stern:

“I can foster the same meteoric IQ in the children of the Tasaday tribe, a Stone Age people living in the Philippines.”