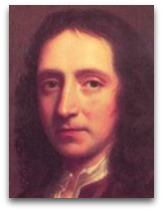 Heat | Trade winds
In 1687, Halley, in his “An Historical Account of the Trade Winds”, in opposition to the then-prevalent “Cartesian vortices” model of the trade winds, explained the origin and nature of the trade winds, to the heating effect of the sun. [4]

Social physics
In 1693, Halley made the first table of mortality figures, finding that half of men die (dereact) before age 17 (Ѻ); work that was cited by Adolphe Quetelet in his social mechanics writing. [1] This date, thereafter, has sometimes been cited as proto-social physics, of the John Q. Stewart variety, i.e. for demonstrating the use of physical laws in the realm of the social sciences. [2]

Comet
In 1705, Halley determined the periodicity a comet, since famously named as “Haley’s comet”, namely 75-76 years, observed by astronomers since 250 BC, but whose reappearances were not recognized as the same object. Specifically, used Newton's new theory of gravitation to determine the orbits of comets from their recorded positions in the sky as a function of time. He found that the bright comets of 1531, 1607, and 1682 had almost the same orbits, and when he accounted for the gravitational perturbation on the cometary orbits from Jupiter and Saturn, he concluded that these were different appearances of the same comet. He then used his gravitational calculations to predict the return of this comet in 1758; which on Christmas night of that year reappeared in a spectacular vindication of his bold conjecture and of Newton's gravitational theory. (Ѻ)

Magnetism
In 1716, Halley penned some type of "circulating effluvia" magnetic terrella lines (see: magnetism), work that later influenced both the 1830s “lines of force” theory of Michael faraday and the electromagnetism work of James Maxwell.

Navigation
Halley is also noted for having solved the riddle of accurate navigation for all sea-going vessels. [3]

Quotes | On
The following are quotes on Halley:

“Halley’s lasting contribution, in meteorology, was that he saw the atmosphere as a vast dynamical system, the ‘go’ of which resulted from the differential heating of the earth’s surface.”

“Amontons seems to have been the first to realize the importance of actually measuring the thermal expansion of elastic fluids, and the first to have studied the increase of pressure with temperature. Amontons also noticed, as Halley had done, that when water boils the temperature remains constant. Unlike Halley, he seems to have reconized the importance of this: boiling water provides an eminently suitable datum or fixed point for a thermometric scale.”