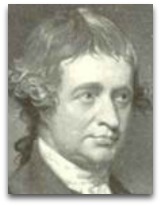 Overview
In Nov 1790, Burke, in reflection on the storming of the Bastille, published Reflections on the Revolution in France, wherein he discussed how he saw revolution as a massive social experiment, one that presumed to start society over again from scratch, on the basis of ration principles. Burke, however, believed that was dangerous to uproot institutions wholesale, per reason that ‘good order is the foundation of all things’, and that he was skeptical about how much human ‘reason’ really plays a role in human affairs and decision making, believing that things like custom, faith, and prejudice play a large part. [1]

Other
In c.1790, Burke, supposedly, dubbed Thomas Cooper a “radical”.

Quotes | By
The following are quotes by Burke:

“Men are qualified for civil liberty, in exact proportion to their disposition to put moral chains upon their own appetites; in proportion as their love of justice is above their rapacity; in proportion as their soundness and sobriety of understanding is above their vanity and presumption; in proportion as they are more disposed to listen to the counsels of the wise and good, in preference to the flattery of knaves. Society cannot exist unless a controlling power upon will and appetite be placed somewhere, and the less of it there is within, the more there must be without. It is ordained in the eternal constitution of things, that men of intemperate minds cannot be free. Their passions forge their fetters.”