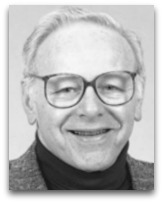 Overview
In 1981, Grant, in his Much Ado About Nothing: Theories of Space and Vacuum from the Middle Ages to the Scientific Revolution, gave a sharp and detailed historical overview of the deeper history of nature abhors a vacuum debate, in the middle ages years (see: middle ages geniuses), comparable in many respects to Steven Shapin and Simon Schaffer's 1985 Leviathan and the Air-Pump.

Quotes | Employed
The following are quotes employed by Grant:

“Nothingness [void / vacuum / empty space] contains all things; it is more precious than gold, free from birth and destruction, more pleasant than the sight of pure light, more noble than the blood of kings, comparable with the sky and higher than the stars, more powerful than a bolt of lightning, perfect and rich in all its parts.”

Quotes | By
The following are quotes by Grant:

“In the medieval literature on nature’s ‘abhorrence of a vacuum’, the two most popular demonstrations were the clepsydra and the separation of two plane surfaces.”