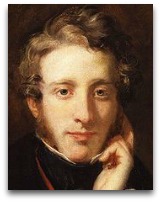 Overview
In 1871, Bulwer, in his science fiction novel Vril: the Power of the Coming Race, in which he utilized English chemist-physicist Michael Faraday’s version of the conservation of force; an example of which is as follows [1]

"I have long held an opinion, almost amounting to a conviction, in common, I believe, with many other lovers of natural knowledge, that the various forms under which the forces of matter are made manifest have one common origin; or, in other words, are so directly related and mutually dependent, that they are convertible, as it were, into one another, and possess equivalents of power in their action."

to make a story around a subterranean species, called ‘Vril-ya’, that exist on a hypothetical type of energy called ‘vril’, according to which both the workings of the machinery in the new society and the government of the new species operate under the same laws of nature, or something along these lines.

The novel also digs into the question of the automaton the human and morality and motion; one passage explains:

"[The automaton] is animated for the time being by the soul thus infused into it."

The logic of the book, according to American literature thermodynamicist Barri Gold, is that the "soul" operates as the natural force produced by harnessing the internal motion of matter. "Bulwer-Lytton's automata", as summarized by Gold, "seem to live and reason". [2]