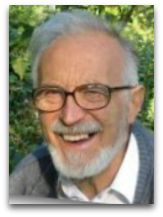 Overview
Goldsmith, in a way, is anti-thermodynamic in his views. His writings are generally themed towards a paradigm shift away from the reductionist approach of science. In his 1992 magnum opus The Way: An Ecological World-View, for instance, Goldsmith argues, on the logic of the views of Belgian chemist Ilya Prigogine, that the laws of classical thermodynamics cannot be applied to living things. [2] Moreover, the appendix section of this book devotes ten-pages to a proof that “the entropy law does not apply to behavior within the ecosphere.” Aside from Prigogine, Goldsmith has been influenced by the writings of English scientist James Lovelock and American ecologist Eugene Odum, among others.