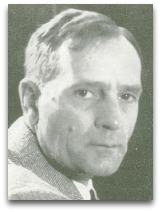 Overview
In 1922, Alexander Friedman, using general relativity equations, published a set of equations, aka Friedmann equations, showing that the universe might expand, and presenting the expansion speed if this was the case.

In 1927, Georges Lemaitre proposed the expansion of the universe and suggested an estimated value of the rate of expansion; on this he conjectured (1931) that an expanding universe could be traced back in time to an originating “single point” (see: big bang).

In 1929, Hubble calculated the recession velocity of objects far away from our universe from their redshifts, and therein showed that the universe is expanding; the concluding point of which is known known as Hubble’s law.

Quotes | By
The following are quotes by Hubble:

“We do not know why we were born into the world, but we can try to find out what sort of world it is, a least in its physical aspects.”